Potentiometers, or pots, allow you to adjust resistance continuously. Pots are three-terminal devices, meaning that they provide three places to connect to the outside world. Between the two outermost terminals is a fixed resistance — the maximum value of the pot.

Between the center terminal and either end terminal is an amount of resistance that varies depending on the position of a rotatable shaft or other control mechanism on the outside of the pot. 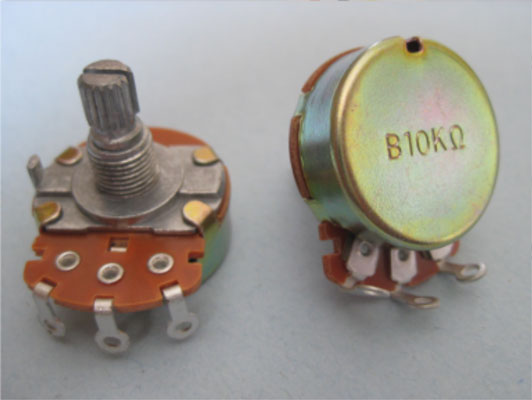 You vary the resistance of these dial pots by rotating a shaft. 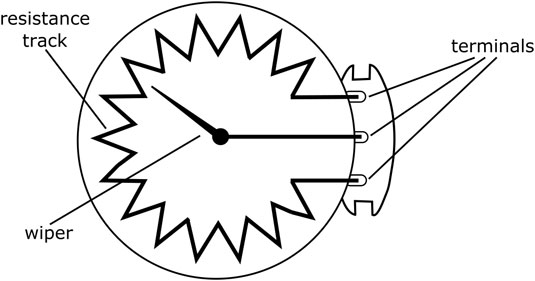 A potentiometer has a wiper that moves along a resistance track.

Most often, potentiometers are marked with their maximum value, and they don't always include the little ohm symbol.

If you use a potentiometer in a circuit, bear in mind that if the wiper is dialed down all the way, you have zero resistance, and you aren't limiting current with this device. It's common practice to insert a fixed resistor in series with a potentiometer as a safety net to limit current. You just choose a value for the fixed resistor so it works with your variable resistor to produce the range of resistance you need.