How to Avoid Propeller Injuries When Using Your Drone

The size and weight of the drone largely dictate the number and size of propellers needed as well as the speed at which the propellers must spin to achieve flight. Small drones don’t pose a great risk of injury because the propellers are small, soft, and don’t rotate with nearly as much force as their big brothers, but they are still dangerous.

Big drones, however, pose a great safety risk because the propellers are larger and typically made out of rigid material, such as hard plastics or carbon fiber. Coming in contact with a spinning propeller on a drone like a Parrot AR 2.0 or DJI Phantom 2 could result in substantial harm. You are almost guaranteed to be lacerated and depending on the impact this could require stitches or worse. Google drone propeller injuries and take a look at the images that are served up.

It goes without saying, don’t stick your hands, feet, or other objects in the path of a moving propeller. Propellers are necessary for flight, and you can’t cover them up completely because you need to be able to move air through the propellers to create lift. There are a few safety precautions that are built into most drones, or can be easily added.

Major drone manufacturers such as DJI and Parrot build several safety mechanisms into their devices. The popular DJI Phantom drones come with propeller guards that are designed to provide a level of protection from propeller injuries that result from side impacts. In the event that your drone takes off and you or others are standing too close, an unexpected breeze could blow the drone into you, causing serious injury. The propeller guard provides some protection from this sort of scenario. 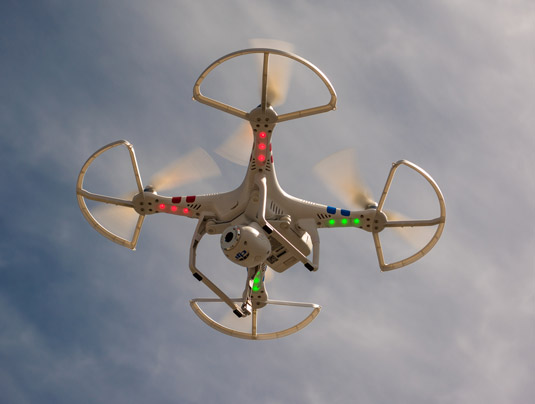 Parrot took safety a step further by creating a protective hull that attaches to the drone and pretty much turns it into an aerial bumper car. The hull is Styrofoam, so it adds negligible weight to the drone. It also provides quite a bit of protection. 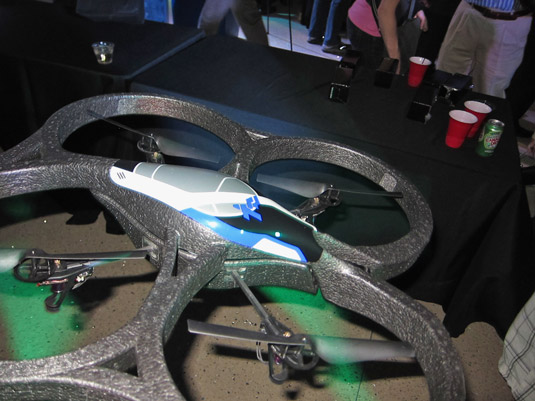 You should notice and be aware that because the flow of air is top-down through the propellers, the props cannot be completely covered. Common sense tip number one is to not stick your fingers into moving propellers.

Every drone has its own set of safety indicators, and you need to know what these are before you operate your drone. To learn how to identify where they are and what they mean, refer to your drone’s user manual.

Typically, before you can get airborne, you must arm your drone’s flight controller and motors. The process for doing this may differ from drone to drone, but the purpose is the same for every drone. Arming the drone is the last thing you do before you start flying. It tells the drone that it is go time and gives control to the controller.

If your safety indicator indicates that your drone is armed, DO NOT PICK IT UP. An armed drone is ready to fly, and any movement can cause the propellers to automatically start spinning to try to stabilize the device. If you pick up an armed drone, you run the risk of injury from the propellers. 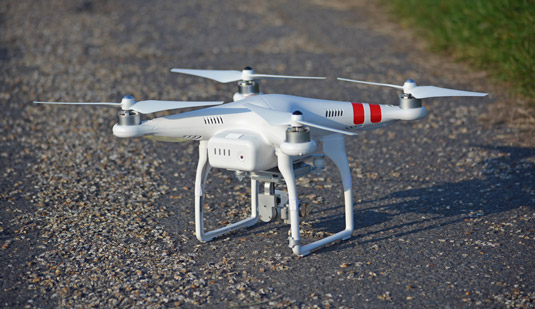 Whether you are getting ready to fly or you are wrapping up a flight, do not pick up your drone unless the device is clearly disarmed. For increased safety, disconnect the battery as well.