How to Play Games on Your Samsung S20

Explore Book Buy On Amazon
The fact of the matter is that your Samsung Galaxy S20, with its large Super AMOLED screen and beefy graphics processing unit, makes Android-based games more fun. And because you already have one, maybe you should take a break and concentrate on having fun!

Games are the most popular kind of download for smartphones of all kinds. In spite of the focus on business productivity, socializing, and making your life simpler, games outpace all other application downloads. To this point, the electronic gaming industry has larger revenues than the movie industry — and has for several years!

We could have a lively and intellectually stimulating debate on the merits of games versus applications. Simply, the differences between games and apps are as follows:

The Play Store is shown in the following figure. The top level splits offerings into a few categories: Home, Games, Movies & TV, and a few other categories off to the right. 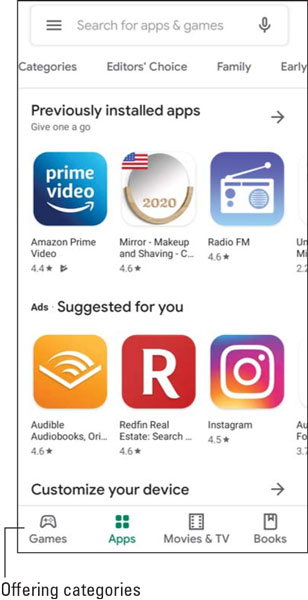 This brings up the Games page as shown. 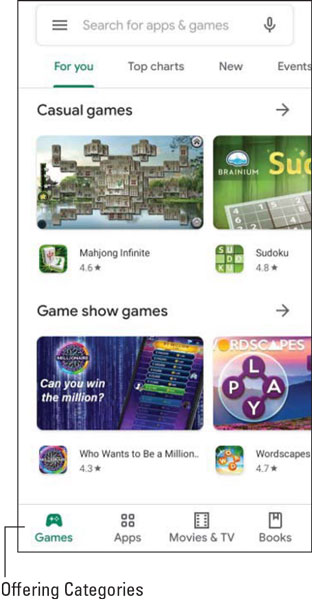 The Games link on the Google Play Home screen.

This section of the store has nothing but games. This section includes everything from simple puzzles to simulated violence. All games involve various combinations of intellect, skill (either cognitive or motor), and role-playing. Let’s do it.

If you scroll around this screen, you see many suggested games. 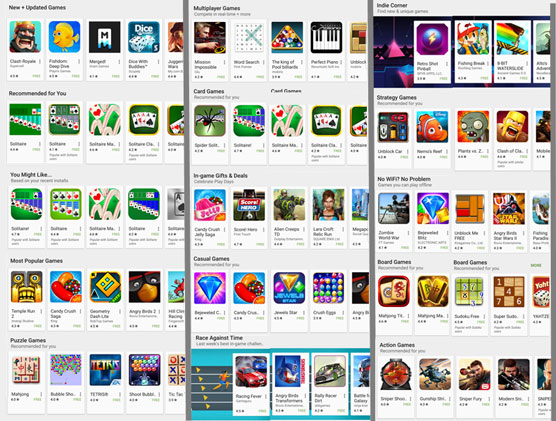 The Games Home screen in Panorama.

If you aren’t sure what games you might like to try, don’t worry: There are lots of options. As you can see, the Games Home screen makes lots of suggestions. Each row takes a different perspective on helping you find a new game. A few of these are board games, strategy games, and action games. They also include games that allow you to play offline without Wi-Fi.

Another approach is to choose the Categories options. This will bring up the game categories shown here. 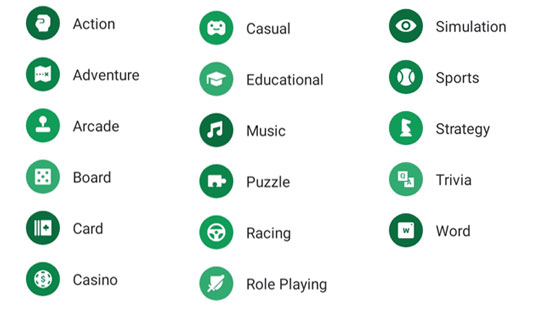 In the Play Store, games are divided into the following genres:

Many games appear in more than one category. 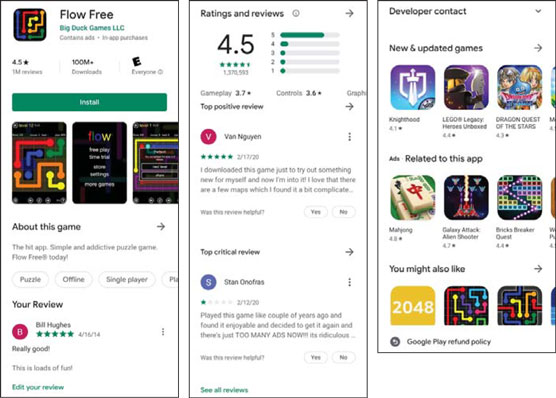 A Description page for Flow Free.

When you’re in a category that looks promising, look for these road signs to help you check out and narrow your choices among similar titles:

How to leave feedback on games

For applications in general, and games in particular, the Play Store is a free market. When you come in to the Play Store, your best path to finding a good purchase is to read the reviews of those who have gone before you. Although more than a million users have commented on Angry Birds, most games do not have that kind of following.

One could argue that your opinion would not move the overall rating for a frequently reviewed game like Angry Birds. The same cannot be said for other games.

One of the new paid games is Dungeoneers from Monsterious Games. The game description is shown here. 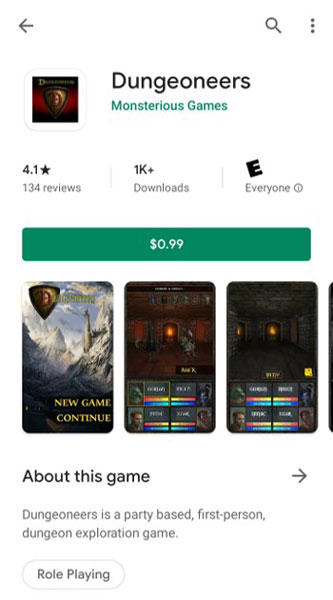 A game description for Dungeoneers.

In this case, Dungeoneers has been reviewed by 134 gamers, most of whom are pretty darn enthusiastic. Your opinion matters more for this game than for the heavily reviewed games. After you’ve downloaded and played a game, you can help make the system work by providing your own review. This discussion reviews the process, starting from the first screen of the Play Store:

Bill Hughes is a veteran marketing strategy executive who has worked for Xerox, Microsoft, IBM, General Electric, Motorola, and US West Cellular. He has led initiatives to develop new products and solutions and has written articles for several wireless industry trade magazines, as well as for USA Today and Forbes.