By: Mark Hemmings and
Updated: 06-23-2020
From The Book: iPhone Photography For Dummies 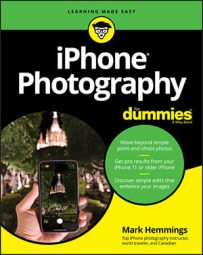 Explore Book Buy On Amazon
As with all photographic genres, sports photography has its own set of best practices. The tips and techniques in the following sections specifically help you with creating better iPhone sports photos, and as quickly and easily as possible.

Use the Rule of Thirds

In the following two figures, you see that there are two acceptable ways to frame-up your photo or crop your photo afterward. The upper horizontal Rule of Thirds line can either lay over the horizon as in the first image, or it can be raised a bit to meet the right-vertical line to create an intersecting point on the athlete’s head as in the second. Both of these compositions are acceptable. Also, notice how the runner is running into the picture space? Try not to center the runner. Rather, have the athlete enter the composition for a better sense of visual flow. 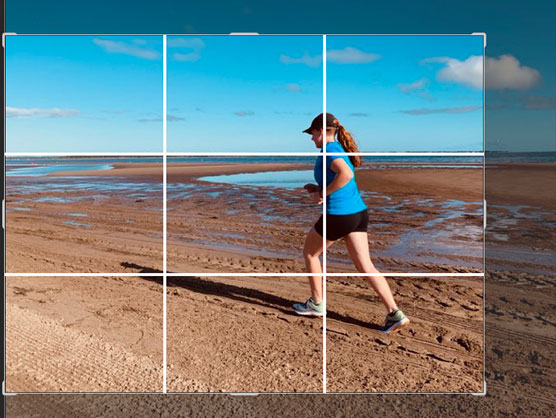 The top horizontal thirds line can intersect the horizon. 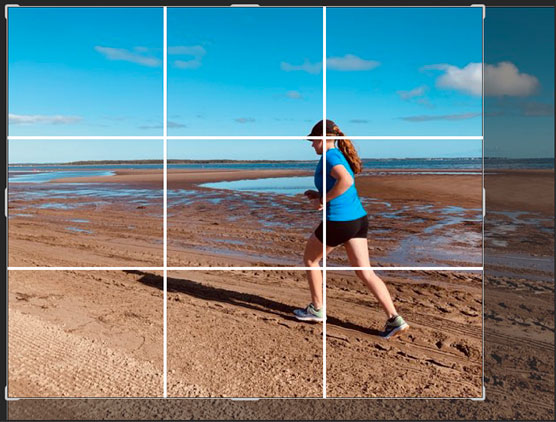 You can choose for the athlete’s head to intersect with the thirds grid instead.

A panning type photo means that you physically move your camera from left to right, or right to left, to follow a fast-moving athlete. Depending on how bright it is outside, you can usually create some pretty cool sports photos that border on fine art or abstract photography.

Take a look at the following figure. Can you see that everything has forward motion blur except a few of the Canadian maple leaf stickers and a part of the athlete? A successful panning photo is one that conveys a sense of speed. You want your viewer to feel that they are there, in person, experiencing the rush of forward motion.

As long as one section is sharp, all the rest can be blurry. If everything is blurry, just press delete and try again. Follow the athlete with your camera, moving your arms at the same speed, and take the photo mid-pan. This technique should produce a blurred background with some parts of the athlete remaining sharp. 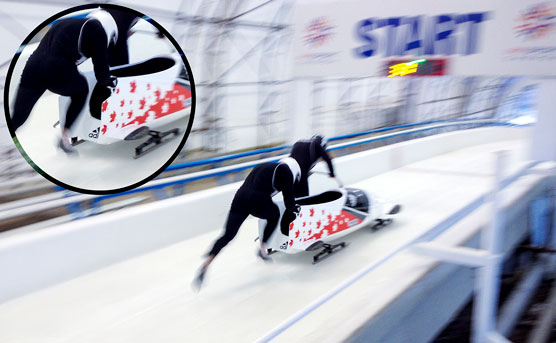 A good panning shot shows a sense of motion, and has at least one section of the image sharp, with the rest blurred in a directional manner.

All good running photos require that the athlete shows a good stride, which means that they have good form, and their legs appear to be in a classic running position. A great example of stride is shown in the following figure where the image on the left has an unattractive stride, and the photo on the right has a good looking, or classic, stride.

It’s easy to capture the perfect stride for any of your running photos, whether they be for the next marathon or your child running in the backyard. Simply set your camera to Burst mode and then pick the photo with the best-looking stride.

Choose a burst photo where the runner has a good-looking stride like the photo on the right.

But that’s not all! If you’re photographing a track and field meet and are photographing at a right angle to the athlete, choose a burst photo where the athlete appears to be suspended in mid-air. This is a classic sports photographer trick that shows a sense of speed, agility, and a winner’s attitude.

This technique usually only works when its sunny out, as it’s the shadow below the runner that shows that neither of their feet are touching the ground. This figure gives you an example of how the shadow looks and how it provides a sense of levity to the sports photo. 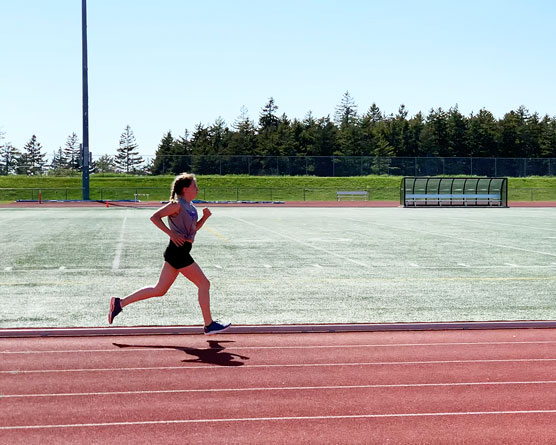 On a sunny day, you can choose a burst photo where the runner isn’t touching the ground.

Photograph from a lower position

As with fashion photography, it’s often better for you, as the photographer, to position yourself lower than the height of the athlete. If your mobility allows for it, kneel or crouch down to a lower position while photographing the athlete moving toward or past you. This lower position makes the athlete look more impressive, both physically and metaphorically.

Packing a small foldable camp seat can help you comfortably get low, so you can photograph from a low position without hurting your knees. The snowboarder in the following figure looks more impressive because the photographer was both down the slope a little, as well as photographing from a waist-height position. 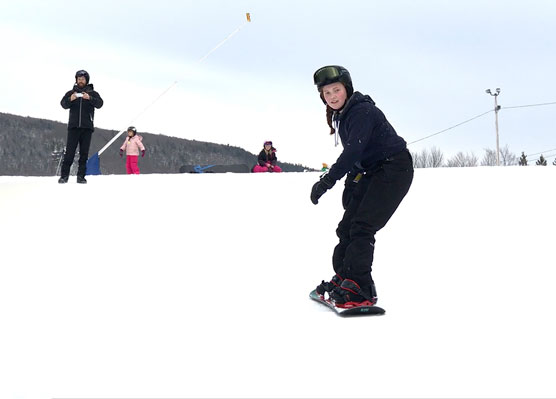 Try to photograph athletes from a lower position, which makes them look more impressive.

Create contrast between athlete and background

While not always realistic due to the fact that you can’t control athletes, when possible, situate yourself so that the background visually favors the athlete’s face and upper body area. The following figure shows a side-by-side example of this technique. Take a look at the photo on the left side. The photographer chose to position himself so that the snowboarder’s light skin tone would be contrasted against the dark background of the trees. On the right side, you can see that the snowboarder’s face loses a bit of prominence due to the snow being a similar luminosity as her skin tone. 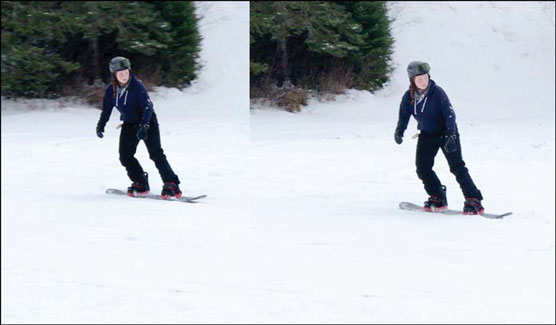 The sample photo on the left has good contrast between the background and the athlete’s facial tones.

For darker skinned athletes, the reverse would apply. If possible, you may want to search out a position where you can photograph that particular athlete with more of a lighter toned background.

Regardless of skin tone or color, what you as a sports iPhone photographer want to do is make your athlete look the very best possible. And one way to do that is to find a composition where your athlete’s face doesn’t get lost and muddled with the background. Think contrast!

How to photograph athlete group photos

Have you ever been asked to photograph a large group of people with your iPhone? It’s not easy! The following tips can help you create those sports memories that in the future will end up being a valued historic record of you and your athletic friends: 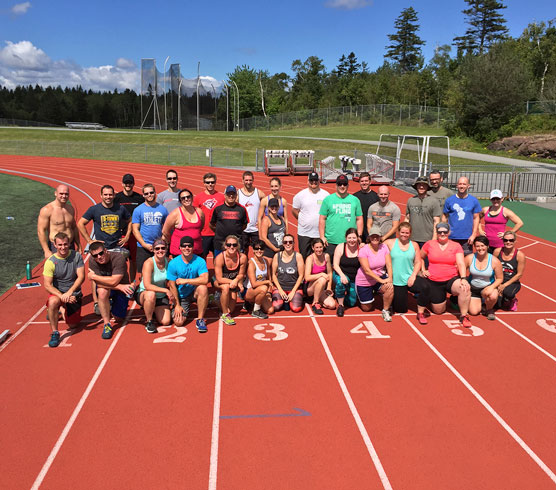 Try to photograph large groups from a higher position to include all faces.

Mark Hemmings can be found traveling the world conducting photography workshops with a big emphasis on iPhone photography. He has a great passion for teaching iPhone camera best practices, which shows in his daily Instagram photo lessons. Mark has been a professional photographer since 1997 and an iPhone travel photographer since 2012.