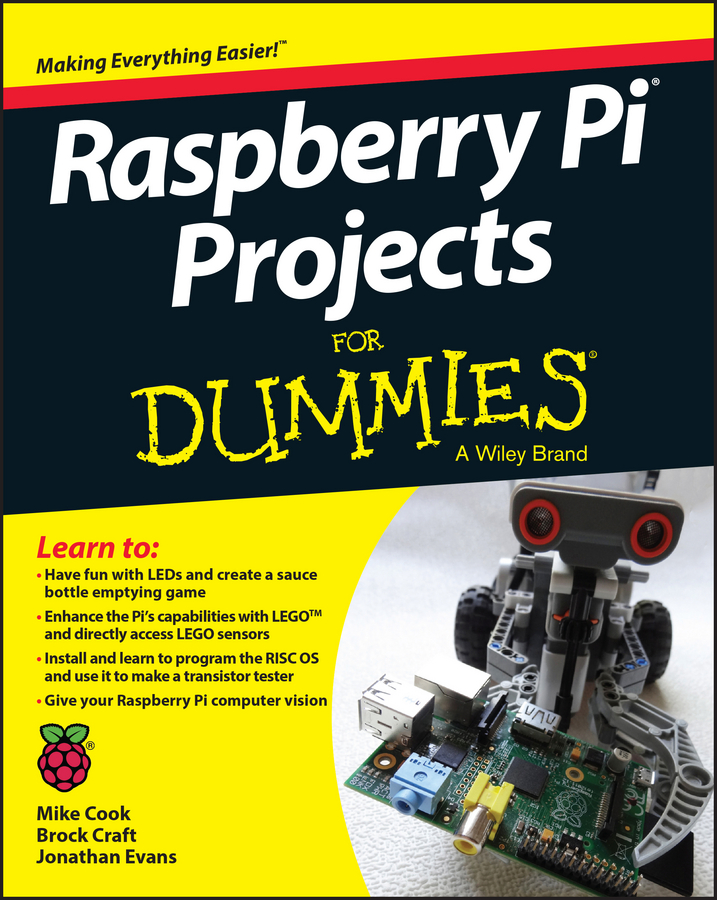 Often, the best way to get acquainted with a new working platform, such as the BeagleBone, is to light up and turn off an LED on command. To do so, you set a GPIO (general purpose input/output) as output; you want to control the state of a component.

Wiring the circuit for an LED 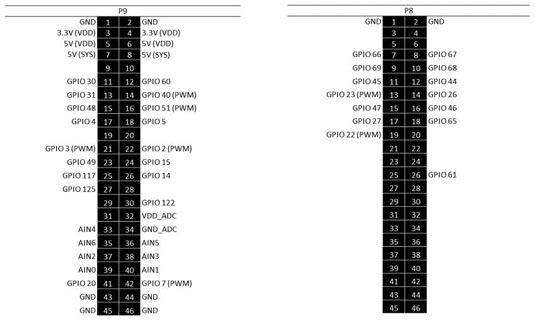 In the circuit you’ve just built the power comes from GPIO 40 rather than a battery, which you turn on and off by writing into the command prompt. 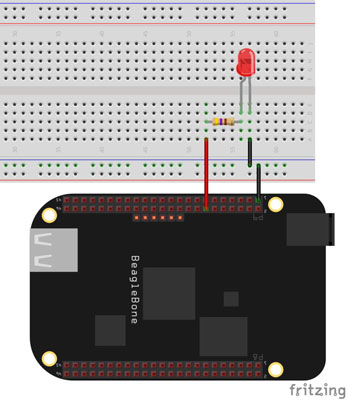 In Step 2, you connect the BeagleBone’s 3.3V pin to the breadboard. In reality, for this specific project, making that connection serves no purpose. It’s generally good practice, however, to always have the horizontal tracks on your breadboard powered with a constant voltage and with a circuit ground.

If you were to connect the resistor to the positive rail on your breadboard, the LED would light up, but you’d have no control over it. Feel free to try it out!

Because pin 14 is already a GPIO pin by default, you can set it as output. After you’ve done that, you can easily control whether you want the LED to be on or off by setting the pin to HIGH or LOW, respectively.

You need to be logged in as the root user to access the GPIOs. If you’re currently logged in as debian, you can easily change to root as follows:

On the command line, after connecting to your BeagleBone, change to the gpio directory with the following command:

If you list the contents of this directory, you can see that gpio40 isn’t there:

You have to export it first by writing in the export file, which creates a folder containing files that can be altered to control the pin’s state. On the command line, type the following:

To control the pin’s state, change to the newly created gpio40 directory:

The direction file defines whether this GPIO pin functions as an input or output pin. Because you want to control its state by writing into it, your pin is supposed to be an output:

The value file holds the value of the GPIO: HIGH (1) or LOW (0). Thus, to turn the LED on, enter the following command:

Now your LED should be on: 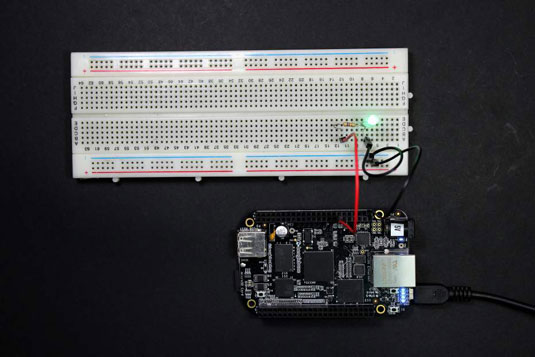 If the LED seems dim, try a lower resistance value. Do not go lower than 220, though.

To turn it off, use the following command:

When you’re done with a pin, it’s often a good idea to unexport it so that it becomes available for different purposes. You unexport the pin by writing into the unexport file. The following succession of commands unexports gpio40 and shows that its directory has been eliminated.

If you’re successful in controlling the LED, you may have just taken your first big step into digital electronics. Although lighting up an LED may not seem like much, the concept behind it is pretty much the same as controlling a motor, a buzzer, or an LCD screen!