It’s an undeniable truth: Some Olympic sports are just more popular or interesting to watch than others. That’s not to say that they’re better or more worthy than others. Certain sports have managed to capture the attention of viewers for multiple reasons, whether it’s because the rules are simple and the competitions are relatable, or because the athletes do things we never even imagined possible. Find out what will be some of the top events to watch at the Tokyo 2020 Olympics. 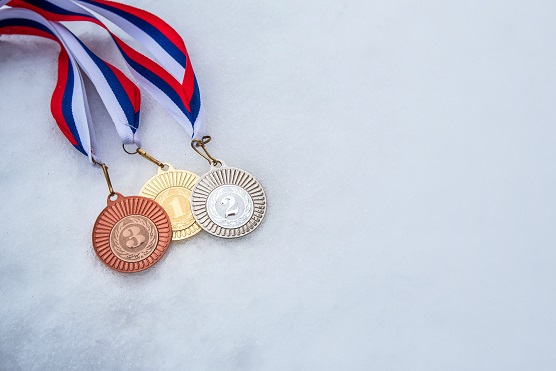 The Olympic opening and closing ceremonies are some of the largest celebrations held in the whole world.

Part of what makes the opening and closing ceremonies so spectacular is not just the lights and performances, but also the meaning behind the demonstrations. The Games Vision consists of three core concepts: “striving for your personal best,” “accepting one another,” and “passing on a legacy for the future.” The Tokyo 2020 Olympic Ceremonies specifically will focus on eight different concepts:

It will be excited to see exactly how Japan incorporates these points into the ceremonies. If nothing else, it will be a spectacular display, for sure!

Track and field is one of those Olympic sports that is loved for both its simplicity and its competitiveness. For most track events, the object is simple: to reach the finish line before the other racers. It’s something everyone can relate to. Racing is something that all of us have likely done at least once in our lives, whether it was in school or just a friendly competition among friends.

Yet, despite its simplicity, it keeps everyone on the edge of their seats. Why? Because races are often won by less than a sliver. In the 2016 Summer Olympics, Usain Bolt beat Justin Gatlin for the gold medal in the 100-meter race by eight-hundredths of a second. In turn, Gatling only beat Andre De Grasse by two-hundredths of a second.

Other track events, combine both speed and endurance, challenging the athletes’ ability to pace themselves while still trying to stay ahead of the other racers, making it as much of a mental game as it is a physical one.

The field events also display great athleticism and give spectators the opportunity to observe great accomplishments that you don’t see every day. When was the last time you watched somebody throw a javelin 98 meters (107 yards)?

Unlike other Olympic sports like track and field or swimming, where viewers can truly relate to the sport, gymnastics is one of those sports that make the athletes seem more like magicians. Sure, most of us can kick a soccer ball from one field to the other — some not very well, but it can be done. Ask a random person to do a triple flip off a balance beam? Yeah, not likely to happen. At the end of the day, it’s just really cool to see gymnasts perform stunts that are seemingly impossible.

This Olympic sport has also increased in difficulty, making it even more of a spectacle. In 2006, the introduction of the Code of Points, a new rulebook defining the scoring system for gymnastics, encouraged athletes to make routines more and more difficult instead of playing it safe in order to focus on technique execution.

One of the other unique aspects of gymnastics is that it’s one of the few Olympic sports that requires a great deal of creativity along with athleticism. Many of the routines are as much of a dance performance as they are skilled execution of techniques. On top of that, every single movement has to be executed absolutely perfectly.

Simone Biles, the most decorated gymnast in history, will also likely be returning to the stage for the Tokyo Olympics and is almost guaranteed to put on a good show.

The Tokyo Olympics will be the first Summer Olympics since 2000 where Michael Phelps, the most decorated Olympian of all time, won’t be competing. However, that hasn’t made the sport of swimming any less interesting.

It’s a sport of great diversity, with a total of four different types of techniques, or strokes, that are completed across all sorts of varying distances.

Like many sports, swimming is constantly evolving, but athletes are also constantly innovating. This innovation in techniques has allowed seven new world records to be set in swimming between the 2012 and 2016 Olympics. What world records do you think will be set in this Summer Olympics?

Part of what makes Olympic basketball so interesting to watch is the fact that you typically never have to wait too long for a point to be scored. This means that there is always something exciting going on.

As if the continuous scoring weren’t enough excitement, the performance of the players adds even more. There are dunks, alley-oops, and all sorts of other exciting plays to capture your attention.

Plus, some of the most intense games in basketball come down to the very last few seconds of the game to determine who the winner will be.

Soccer is one of the most popular sports around the world, and it has seen countless victorious teams over the years. Brazil took home the gold in 2016, and other countries such as Mexico and Argentina have taken home the gold in recent Summer Olympic Games. Who do you think will take home the gold?

Unlike other sports such as basketball, soccer is a very low-scoring games, with some games going into overtime with a score of 0-0. However, that’s always what contributes to some of the excitement. When an athlete kicks at the goal, will it go in? Will they score that coveted point that could ultimately make the difference in who wins the game?

Even between goals, athletes put on quite a show. From their fancy footwork to juking defenders to outsmarting the goalie, there is always something interesting going on.

Many sports require good teamwork and communication, but volleyball seems to require more than most. Teammates have to work together perfectly in order to not only retrieve a ball hit to their side, but also set up another player to spike the ball back to the opponent’s side of the court. If you look really closely, you may even see players holding up fingers behind their backs when communicating to other team members.

Part of what makes the sport so exciting to watch is not only the speed at which players can spike the ball over the net, but also the heights they can reach. Some players are more than 6 feet tall and can reach heights of over 11 feet when attempting to spike or block the ball.

Given that judo originated in Japan, this sport holds a special place in the hearts of many Japanese, making it one of the more popular sports for the 2020 Summer Olympics.

Like many martial art sports, it’s full of bursts of actions. For much of the match, athletes will do feints and teases, sort of feeling their opponents out, waiting for them to make mistakes that will give them an opening. When an athlete does decide to make her move, it’s a sudden rush as both try to defend and gain the upper hand, ultimately allowing her to pin her opponent.

Although American football is not an Olympic sport, Americans may find rugby just as entertaining. It has significant differences, but it still carries much of the same excitement.

Even though only the ball carrier can be tackled in rugby, there is still quite a bit of tackling going on. A study published in 2012 revealed that a total of 31,655 tackles were recorded across 48 professional rugby league matches. That’s an average of 659 tackles per game!

What makes it even more amazing is that rugby can be played with just a mouthguard. Unlike in American football where players wear hard, heavy padding, in rugby only light padding on the head and shoulders is allowed.

Sport climbing is one of the new sports making its debut in the Tokyo 2020 Olympics, and it’s worth watching for the same reason as gymnastics. Sure, in sport climbing you don’t have athletes performing beautiful routines to fancy music, but you’ll see them do some absolutely incredible things.

Not convinced? Go to YouTube and search for “speed climbing.” With the way these athletes can scale an almost 50-foot wall in six to seven seconds, it wouldn’t be surprising to discover one of them were secretly Spider-Man.