Top 10 Things to Do in Tokyo

Explore Book Buy On Amazon
Every destination has “must-do” activities and attractions and Tokyo is certainly no exception. If you plan to travel to Tokyo, make sure you take in the sights. You know, the ones that friends and family back home will be like, “You mean to tell me you went to Tokyo and didn’t do x?” If you’re trying to avoid that reaction, this information is for you. 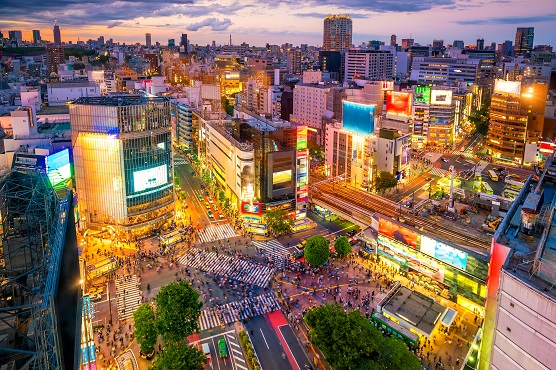 The original Tsukuji Fish Market consisted of two different parts: the inner market (a wholesale market) and the outer market. However, in October 2018, the inner market was moved to Toyosu and reopened as the Toyosu Market.

The inner market, now Toyosu Market, is the world’s largest fish market. It’s such a popular spectacle that there are actually dedicated routes and observation windows specifically created for visitors to watch the auctions for tuna and other seafood and produce.

If you would rather be up close and personal, you can apply for a lottery where winners can view the auction from a much closer location. However, auctions typically take place between 5:30 a.m. and 6:30 a.m., meaning you’ll need to wake up super early (or, you know, go to bed super late) if you want to catch the action.

Not all travel websites and guidebooks have been updated since the move of the fish market. Do not go to the Tsukuji Market if you’re looking for the live auctions.

The Tsukuji Outer Market, the original outer market from the Tsukuji Fish Market, is still open and lively. It consists of many shops and businesses, which are typically open from 5 a.m. to about noon or a little later.

Because most shops get their food directly from the Toyosu Market, it’s one of the best places in Tokyo to get fresh seafood.

Given that Tokyo is a large metropolis, you may be surprised to learn that there are actually a significant number of parks and gardens located within Tokyo. It’s like Central Park in New York City, except that there’s more than one Central Park.

Shinjuku Gyoen easily tops the list of best parks and gardens in Tokyo. From the 1600s to the mid-1800s, it was actually the home of a feudal lord before being transferred to the Imperial Family and eventually opened as a public park. It costs a few yen to enter, but it’s well worth the money.

When you enter the park, it may seem like any other park at first, with just a dirt path leading you through some trees. However, after you make it into the core of the garden, you discover that it has so much more to offer than just a nice stroll. Inside, you’ll find not only a traditional Japanese landscape garden, but also a formal French garden and English landscape garden as well.

If you have an hour or two between Olympic events, or just some free time to explore, make sure you take a stroll through the gardens, across the various Japanese-style bridges, around the traditional tea house, and through the conservatory. It’s a great way to get away from the hustle and bustle of the city!

Meiji Jingu, or Meiji Shrine, is another great way to get away from the hustle and bustle of the city, but in a very different way. The shrine is located in the middle of a densely populated forest and dedicated to the spirits of the late Emperor Meiji and Empress Shoken.

During his rule, referred to as the Meiji Period, Japan went through great reform, including the breakdown of social classes, improvements in communication and transportation, as well as changes in the education and currency systems.

There are several different entrances to the grounds, making it easily accessible from both Harajuku Station and Yoyogi Station. From either of these entrances, it’s about a ten-minute walk to the main shrine buildings.

Here, you can partake of typical practices performed at Shinto shrines:

If you stumble across this statue near Shibuya Station by accident, you may think it’s just a statue of some random dog. However, the story behind it is quite incredible.

If you have some time during the flight to Japan, try watching the movie Hachi: A Dog’s Tale, which is a remake of the original Hachiko Monogatari movie that tells the full story of Japan’s most faithful dog.

Right next to the Hachiko Statue is the Shibuya Crossing, also referred to as the Shibuya Scramble. It’s rumored to be the busiest intersection, not just in Japan, but in the whole world. During peak rush hour, there can be upwards of 3,000 people crossing at one time. Nothing says “Welcome to the largest metropolitan area in the world!” more than being one of the thousands of people crossing the intersection at once.

Senso-ji, also known as Asakusa Kannon temple, is Tokyo’s oldest temple. At the entrance of the temple grounds, you’ll find Kaminarimon, or “Thunder Gate.” As if the big red gate weren’t prominent enough, a gigantic paper lantern with the Japanese characters for Kaminarimon written on it hangs in the center.

Beyond Kaminarimon, you’ll find Hozomon, the “Treasure House Gate,” which houses much of the temple’s treasures on the second floor. After you pass the two entrance gates, you’ll find yourself in front of the main hall.

Unlike Meiji Jingu, which was a Shinto shrine, Senso-ji is a Buddhist temple, which means the rituals are a bit different. Try the following:

Just outside the temple, you find Nakamise-dori, an entire street full of souvenir shops and food stalls. This street probably has the widest variety of souvenirs, but due to its popularity, it’s also a bit more expensive than usual.

With a height of 634 meters (693 yards), Tokyo Skytree is the tallest tower and second-tallest freestanding structure in the world. It’s almost the length of six football fields!

Its great height makes it one of the best places in Tokyo to get a view of the city. It actually has two different observation decks:

Go just before sunset and then hang around until evening. This way, you can see the city during the day, but also when it’s completely lit up at night.

If you want to see some crazy Tokyo street fashion, this is the place to be. Located just in front of Harajuku Station, this street is chock-full of fashion-forward shops and restaurants.

If you stop by on a weekend, you’ll likely see all sorts of young adults dressed in everything from neon-colored outfits to full punk-goth clothing. If nothing else, it’s a great place to people-watch, as well as pick up some tasty sweets and candy.

If you’re not a fan of crowds (and if you are, you chose the wrong city to visit), stop by during the day on a weekday. The narrow street will be much less crowded, allowing you to explore the shops and enjoy the crêpes and other desserts with much less stress.

Purikura is actually a shortened version of the Japanese phrase Purinto Kurabu, or “Print Club.” To the unsuspecting passerby, it may seem like a typical photo booth you may see at your local mall. However, these photo booths have some fancy upgrades (think: Snapchat filters meets photo booth).

When you enter the photo booth, you’ll be able to take four to six photos. When you’re done, you can go around to the other side of the photo booth where you can apply filters, make edits, and add stamps and stickers. In general, they tend to be a bit on the girly side, but guys can take some really cool photos, too!

You’ll typically find purikura in arcades and game centers. Round1 Entertainment in the Ikebukuro district of Tokyo is a good place to start. The SEGA game centers in Ikebukuro and Akihabara, as well as the Adores arcades in Shinjuku, Shibuya, Ueno, Ikebukuro, and Akihabara are also great places for finding a variety of purikura.

Don Quijote, sometimes shortened to Donki, is one of the largest discount stores in Japan. Many times these stores are so packed full of goods, it’s practically impossible to look at everything! However, this also means it’s one of the best places to pick up those random little things you forgot at home.

So, why did a discount store make it onto the list (albeit the bottom of the list) of the top ten things to do in Tokyo? It’s a great place to find those unique, only-in-Japan types of items that make for great souvenirs. Here you can find USB sticks that look like popular Japanese snacks and matcha (green tea) flavored snacks (the Kit-Kats are especially popular).

They also typically have other common souvenirs such as keychains, hats, chopsticks, and yukata (traditional Japanese summer clothing) for reasonable prices. Some even have hanko vending machines, where you can get a personalized hanko (Japanese seal) with your name on it.