Using Instant Replay to Challenge a Call in American Football 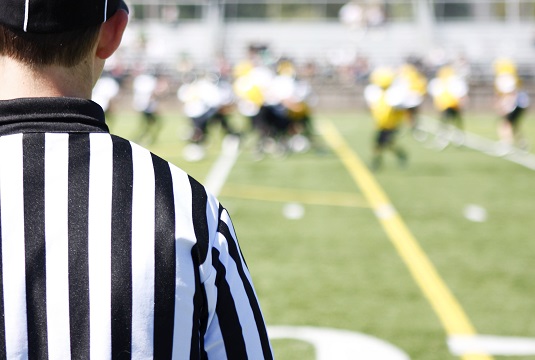 To challenge a call, the coach must make the challenge before the football is snapped and the next play begins. To signal a challenge using instant replay, the coach throws a red flag onto the field of play. Usually, football coaches wait for the replay to be reviewed in the coaches’ booth upstairs, or they view the play on the stadium’s big screen before issuing a challenge.

The instant replay challenge system has its supporters and dectractors, for the following reasons:

Regardless of fan opinions, instant replay is a tactic used by football coaches to challenge a call. In addition to these requested reviews, all scoring plays and turnovers (fumbles and interceptions) are automatically assessed by the replay official and also the NFL’s officiating executives in their New York replay room.

Supporters of instant replay say that this challenge will make football games more fair. But challenging whether a penalty should have been called or not called will put immense strain on replay officials and the officiating executives in New York to make the correct call.

*This article has been amended to include 2019 changes to the NFL Challenge rule.