An American football team has a variety of defensive strategies. The defense lines up differently, for example, when it’s making a goal-line stand or when it’s defending against a long pass. To help you recognize different defensive strategies, here are a handful of common lineups that defenses use to keep the offense in check. 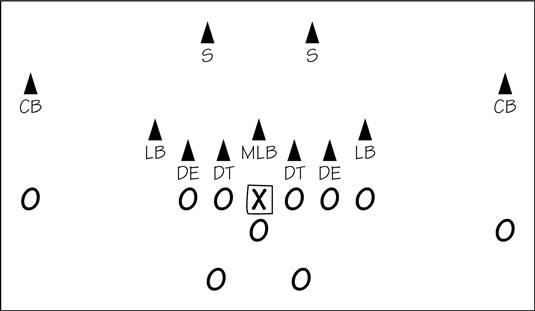 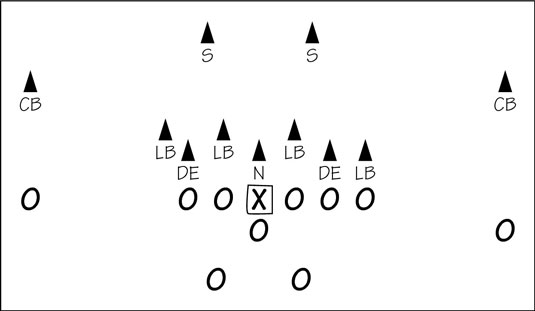 The 3-4 defense is ideally suited to defending multiple offensive formations. Also, the nose tackle can neutralize the center’s pass-blocking attempts by constantly shoving his strong head and shoulders to the ground or moving the center sideways, thus negating his effectiveness as a blocker. 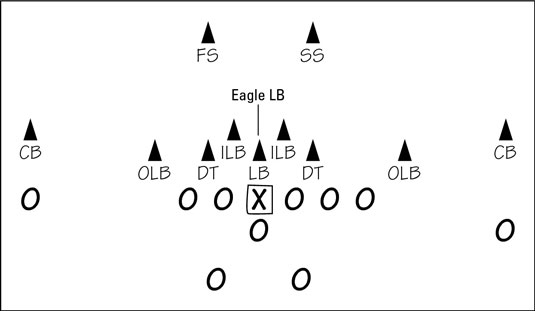 The 3-4 eagle puts another linebacker in the role of the nose tackle in the 3-4 front. The eagle is most successful with above-average cornerbacks who can play man-to-man defense. Man coverage complements the deep zone drops of two of the five linebackers. This defense can be very effective against a team running the West Coast offense, especially one that has a versatile running back who can damage a defense with his receiving as well as his running ability. 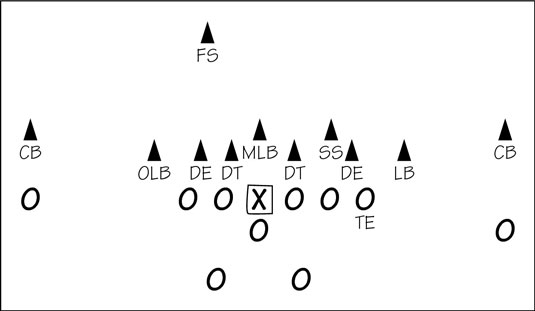 The Dallas 4-3 defense uses the scheme cover four or four across in the secondary. Of course, this scheme puts extra pressure on the two cornerbacks, who are expected to be able to take the opposition’s two best receivers man-to-man and shut them down without any help.

In the Dallas 4-3 defense, the safeties also can creep up toward the line of scrimmage to provide support against running plays. Basically, this defense allows the safeties to cheat, to overplay one aspect of the offense when they anticipate the play correctly. 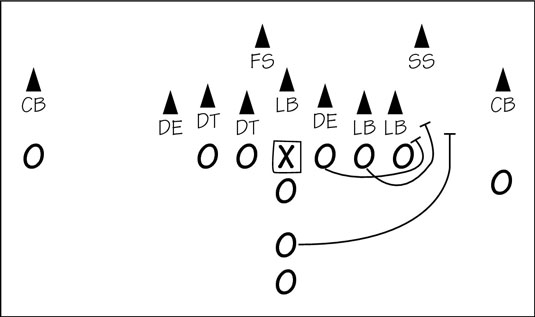 The flex defense is a 4-3 alignment, but it flexes (moves back) two defensive linemen (DT and DE) off the line of scrimmage by 2 or 3 yards. These two offset linemen read the blocking combinations of the offense and attempt to make the tackle (or the sack) while their teammates try to break down the offense’s blocking patterns. 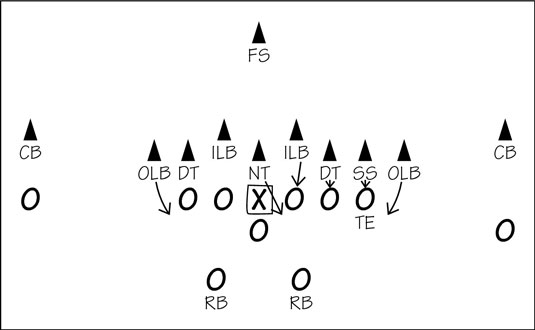 From a base 3-4 alignment, the defense overloads one side of the offense by placing as many as three of the four linebackers to that side. They might stick a cornerback there, too, or put a safety there in place of a linebacker. The object is to confuse the quarterback and the offensive linemen, forcing them to wonder: How many people (four, five, or six) are really coming at the quarterback?

The down linemen in this scheme usually engage the center and guards. Their intent is to occupy these players and give them the impression that they may be rushing the quarterback. Often, the defensive linemen merely hold their ground while waiting for the run, or they stop, peel back off the line of scrimmage (by 5 yards or so), and then attempt to cover that area (this move is referred to as short zone coverage) against a possible pass play. The object of a zone blitz is to create one or two free lanes to the quarterback for the linebackers or defensive backs who do the blitzing. 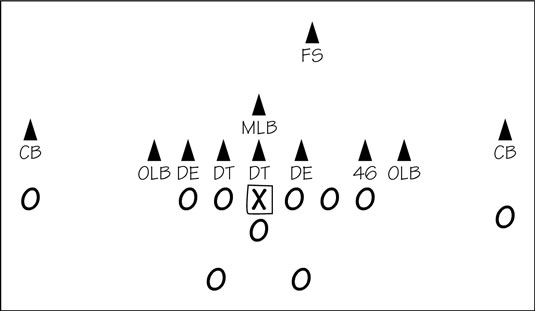 In the 46, three defensive linemen line up across from the offense’s center and two guards, making it impossible for those offensive players to double-team the defender opposite the center. No defender lines up over the two offensive tackles. Instead, defenders are placed off both of the offensive tackles’ outside shoulders. From there, their intentions are straightforward: rush and sack the quarterback. 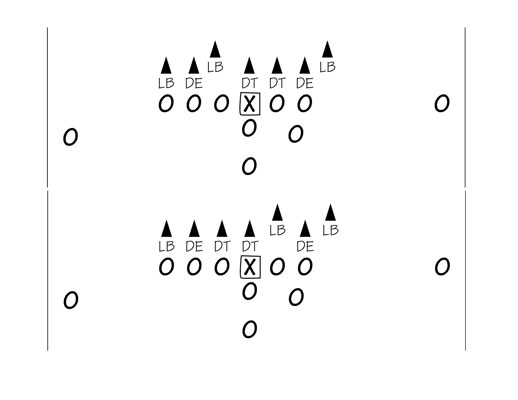 The over/under 4-3 is basically a four down linemen and three linebacker scheme. The object of this defense is to shift more defensive linemen to the offense’s suspected point of attack, which is called the over, or to shift the linemen to the weak side of the offensive formation, which is called the under. The down linemen are the stars of this show. 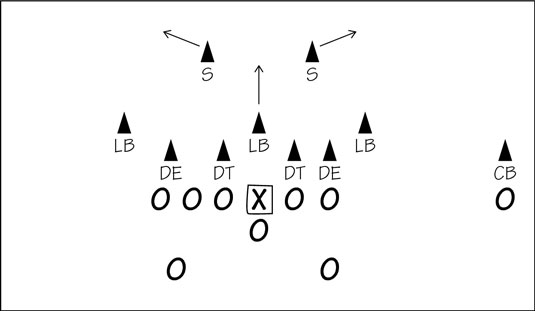 The cover two defense was devised to stop the West Coast offense, which relies on short passing routes and running backs coming out of the backfield to catch passes. Rather than cover receivers man to man, the defensive side of the field is divided into zones, with each zone the responsibility of a safety, cornerback, or linebacker. The deep part of the field (the area starting about 15 yards from the line of scrimmage) is divided into two large zones, each of which is the responsibility of a safety. The safeties guard against receivers running downfield to catch long passes.

Meanwhile, the area between the line of scrimmage and the deep part of the field is divided into five small zones, each of which is the responsibility of a cornerback or linebacker. The idea is to stop the short pass, or if a receiver succeeds in catching a short pass, to keep him from gaining more than a few yards. If a receiver breaks a tackle and gets downfield, one of the two safeties for which the defense is named is supposed to stop the receiver from breaking off a long gain.