Using the Cross Screen Filter on Your Nikon D3200 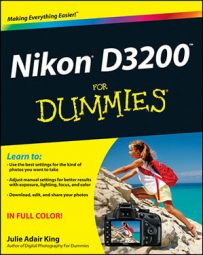 Want to give your photo a little extra sparkle? Experiment with the Cross Screen filter on your Nikon D3200. This filter adds a starburst-like effect to the brightest areas of your image, as illustrated in the following figure. 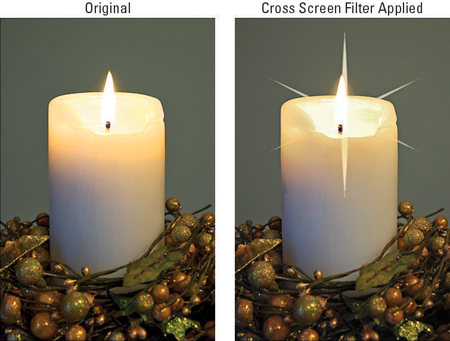 Traditional photographers create this effect by placing a special filter over the camera lens; the filter is sometimes known as a Star filter instead of a Cross Screen filter. But you can apply a digital version of the filter via the Retouch menu, as follows:

Keep in mind that the number of starbursts the filter applies depends on your image. You can't change that number; the camera automatically adds the twinkle effect wherever it finds very bright objects. If you want to control the exact placement of the starbursts, you may want to forgo the in-camera filter and find out whether your photo software offers a more flexible star-filter effect. (You can also create the effect manually by painting the cross strokes onto the image in your photo editor.)

It's also important to frame your original image with a little extra "head room" around the object that will get the starburst. Otherwise there won't be room in the picture for the effect.