How to Transfer Photos from Your Digital Camera to Computer

Explore Book Buy On Amazon
To transfer photos from your digital camera, the first step is to choose how you want the computer to be able to access your picture files. Depending on your camera, you may be able to use one or all of the following methods: 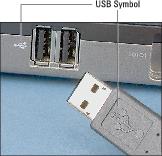 Most card readers and cameras connect to the computer via a USB cable. 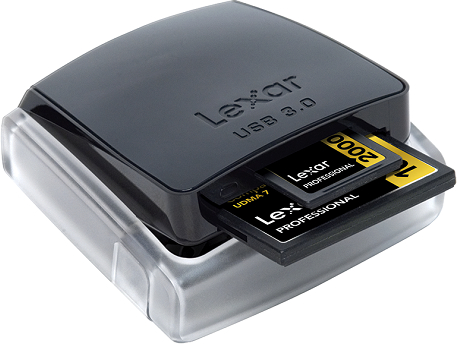 Courtesy of Lexar Just push the memory card into the matching slot on the card reader.
What happens after you establish a connection between a camera or card reader and the computer depends on your computer's operating system and the software you installed. Here are some possibilities: 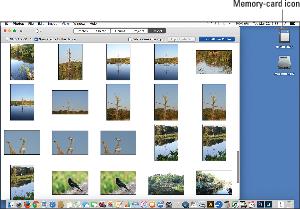 The memory card appears as a regular drive on the computer. 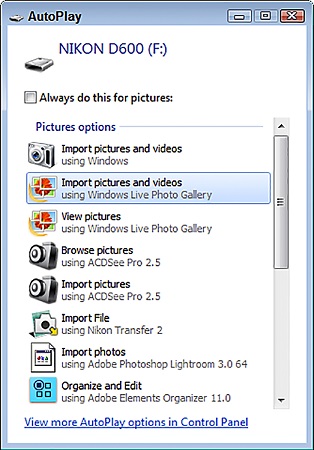 Windows 7 may display this initial boxful of transfer options.
If you're using photo-download software, you should be able to view all your photos, select the ones you want to transfer, and specify downloading options such as the name of the folder where you want to store the images. Check the program's Help system for how-tos.

But if you prefer, you can just stick with Windows Explorer or the Mac Finder and use the same drag-and-drop technique that you use to copy files from a CD, DVD, or another removable storage device to your computer. Normally, you have to open a folder or two to get to the actual image files:

They’re typically housed inside a main folder named DCIM (for digital camera images) and then within a subfolder that uses the camera manufacturer’s name or folder-naming structure. After you open the folder, you may see thumbnails of the images or simply the names of the files. 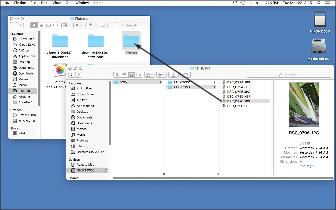 On a Mac, you can drag and drop files from a memory card using the Finder.

After opening the folder that contains the images, select the ones you want to transfer and then just drag them to the folder on your hard drive where you want to store them. Although it’s not visible in the figure, you should see a little plus sign next to the cursor when you drag. The plus sign indicates that you’re placing a copy of the picture files on the computer; your originals remain on the card.

A few final downloading tips apply no matter which method you use: