Front-Left Features on the Nikon D3400

Explore Book Buy On Amazon
Even if the Nikon D3400 isn't your first dSLR, it pays to take some time before your first shoot to get familiar with its controls. The front-left side of the Nikon D3400 camera, shown in the figure, sports these features: 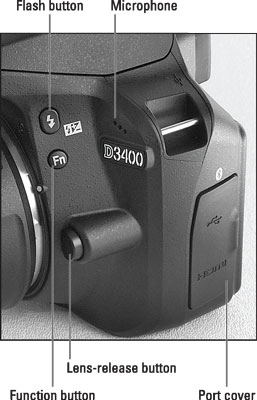 Press the Flash button to use the built-in flash in P, S, A, or M mode.