Explore Book Buy On Amazon
Your Canon EOS Rebel T7i/800D camera offers several displays that present the current picture-taking settings. The next sections explain the displays that are available during viewfinder photography.

For still photography, you can use either the viewfinder or Live View screen to compose your shots. But when you set the camera to Movie mode, you're limited to Live View.

Shown in the figure, the Quick Control screen appears on the monitor when the camera is in shooting mode — that is, you're not viewing menus, checking out your pictures in playback mode, and so on. The screen displays different data depending on your exposure mode and whether features such as flash are enabled. The left side shows the screen as it appears in Auto exposure mode; the right side, Tv mode (shutter-priority autoexposure).

The data displayed on the Quick Control screen depends on your exposure mode.

Here are the keys to taking advantage of this screen: 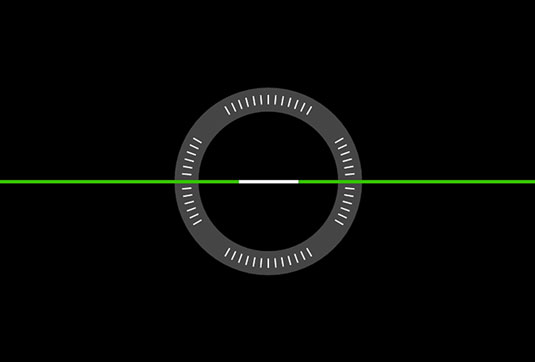 Press the Info button to toggle between the Quick Control display and an electronic level.

A limited assortment of shooting data, such as the shutter speed and f-stop, appears at the bottom of the viewfinder, as shown. How much data appears depends on your exposure mode and what picture settings are currently in force; the figure shows the basics. Upcoming chapters explain the entire cadre of settings data.

The default viewfinder display (left) can be customized to include a grid, electronic level, and flicker warning (right).

In the framing area of the viewfinder, you may see marks that indicate the portion of the screen that contains autofocusing points. In the left screen in the figure, the four black brackets represent the autofocusing area.

Here's how to display and customize the viewfinder:

The maximum burst frames value also makes an appearance in the Quick Control screen, but only if the value drops to 9 or fewer. In that case, you see a single digit — not presented inside brackets — directly to the left of the shots remaining value. The good news is that you rarely need to even worry about this number; I just bring it up so you don't scratch your head wondering what that value means when you see it on either display.