How to Add an Image Comment from Your Nikon D5600 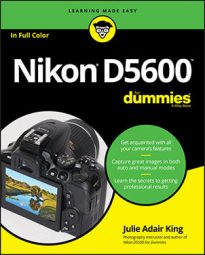 You can tag pictures with hidden text comments through this feature. 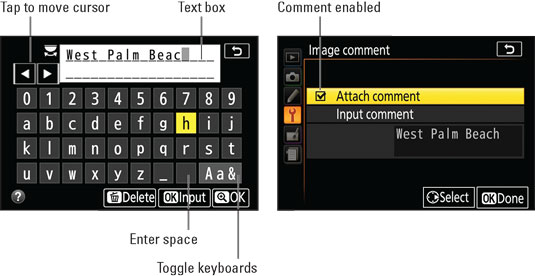 After entering your comment, tap the rightmost OK symbol (the one marked with a magnifying glass) or press the Zoom In button to display the screen shown on the right. Your text comment appears underneath the Input Comment line. You're not done, however: You still need to place a check mark in the Attach Comment box, as shown in the figure. To toggle the check mark on and off, tap the Attach Comment box or press the Multi Selector right. Finally, press the OK button or tap the OK Done symbol to exit to the Setup menu. The Image Comment menu item should now read On, and any new pictures you take will include the comment data.

To disable the feature, remove the check mark from the Attach Comment box. Press or tap OK to make your decision official.