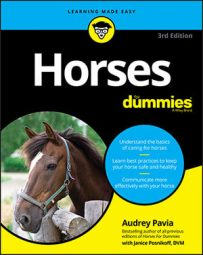 Explore Book Buy On Amazon
The world is full of horse breeds, many of them rather rare. Despite their small numbers, a handful of these breeds have managed to capture the hearts of horse lovers everywhere. You frequently see horses of these breeds in motion pictures or at equine fairs and exhibitions around the world. Though their numbers are scarce, they’re important members of the horse community and worth taking a look at.

The Andalusian horse, also known as the Pure Spanish Horse, is one of the most spectacular studies in horseflesh on the planet. You see this horse in museum pieces and paintings from the Middle Ages: Leonardo da Vinci sculpted this horse, and the winged Pegasus was based on this breed. Because Andalusians have been around for so long, they have been instrumental in the development of other breeds such as the Peruvian, Spanish Mustang, and Lipizzaner. 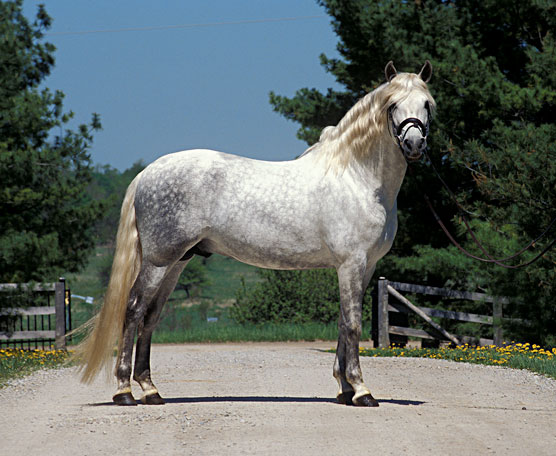 Andalusians have a distinctive look. Their necks are heavy and arched; their manes and tails are long and wavy. With a regalness about them that’s hard to equal, even a relatively untrained eye can easily spot this breed.

Andalusians are spirited horses used for showing and pleasure riding. The majority of individual Andalusians in the United States are located in California, although a number of other states have small populations of this beautiful horse. Flip to the color section to see a photo of an Andalusian.

The Friesian horse is hard to miss in a crowd. This regal, all-black equine has been around for centuries, developed first in Holland. The Friesian has had a great influence in the horse world, having been used to create a number of European breeds.

Friesians usually stand around 15 to 16 hands in height, although their proud carriage gives the impression that they are taller. Their manes and tails are long and flowing, and they have heavy feathering on their fetlocks. The high-stepping movement of the Friesian is a sight to behold.

During the last several years, the Friesian’s numbers have grown in the United States, where the breed now sports around 8,000 individuals. Friesians are being used successfully in dressage and in carriage work.

The U.S. Bureau of Land Management (BLM) has been rounding up wild horses since 1971 and placing them up for adoption. In 1977, during one of these round-ups in remote Beatty's Butte, Oregon, a BLM official noticed that a number of horses were very similar in color and conformation. The horses were separated from the herd and determined to be of Colonial Spanish origin.

In an effort to preserve these horses, Herd Management Areas were set up in southeastern Oregon, where the horses were re-released. This was the beginning of the Kiger Mustang breed. Today, most Kigers are bred in captivity.

Kigers are used for a variety of purposes, with trail riding being most common. They are often seen in dun colorations, although all horse colors are possible in the breed. They typically stand between 13.2 and 15.2 hands.

Lipizzaners are among the most well-known of all breeds, thanks to the famous Lipizzaner stallions of Vienna. These highly trained stallions have gained notoriety the world over for their skill at performing classical dressage movements also known as airs above the ground.

Lipizzaners originated in Austria as war horses and are now seen mostly in Europe. A handful of Lipizzaners exist in the United States where they are shown and used for exhibitions.

Although Andalusians typically are seen in a grey coloration, Lusitanos often come in palomino, buckskin, dun, bay, chestnut, and other colors. Lusitanos have a rounder head and body than the Andalusian and are more compact and agile.

Lusitanos are seen in shows and exhibitions and are used for dressage and pleasure riding.

In the 1500s, Spaniards entered what is now the United States through New Mexico, bringing with them a number of their horses to populate the New World. The descendants of these original Spanish mounts are believed to be a breed now known as the Spanish Mustang.

Spanish Mustangs once roamed wild in the American West and have come to be exceptionally hardy and intelligent. They tend to be on the small side, measuring around 14 to 15 hands. Known for their endurance, Spanish Mustangs make great trail horses and companions.

One of the most romantic histories in horsedom belongs to the American wild horse, a creature that still inhabits certain parts of the United States. Believed by many to be escaped descendants of those horses used to build the American West, wild horses are protected by federal law. Consequently, horse wranglers can no longer capture the wild ones and sell them for pet food, a deplorable action that was rampant until the early 1970s, when the Wild Horse Protection Act was passed.

Despite official protection, wild horses still are at the center of political controversy. Ranchers who use public lands to graze livestock want wild-horse herds kept to a minimum to allow more cattle to be graze there, but many horse lovers believe the wild horse has first rights to the land. Ranching interests usually win out of late, and the Bureau of Land Management regularly reduces the number of horses present on the land by rounding them up and putting them up for public adoption. Anyone who can prove they have access to proper horsekeeping facilities can pay a small fee to adopt a wild horse.

Although young wild horses can be trained in much the same way as domestically born horses, adult wild horses need special handling to adapt to captivity. For that reason, full-grown wild horses that are fresh off the range are not recommended for beginning equestrians.

Connie Isbell is a former editor and writer atAudobon magazine, as well as the editor of numerous pet books. Audrey Pavia is the author of many books on pets and animals, including the bestselling Horses For Dummies and The Rabbit: An Owner's Guide to a Happy Healthy Pet. She has been a frequent contributor to numerous pet publications, editor-in -chief of Horse Illustrated, and senior editor of The AKC Gazette.