Beyond the Top 10 Horse Breeds: Pony Breeds and Warmbloods

Explore Book Buy On Amazon
Besides the most popular horse breeds, some pony breeds and warmblood breeds are popular in the United States.

By definition, a pony is a small type of horse standing less than 14.2 hands at the withers. However, a distinction exists between a true pony and a horse that is simply on the short side. Not every horse under 14.2 hands is considered a pony, and not every pony over 14.1 hands is considered a horse. Ponies are members of distinctive pony breeds. In other words, you can’t breed two Thoroughbreds or two Arabians and get a pony. Breeders produce a pony by breeding two ponies, or by breeding a pony to a small horse.

In the 1980s, a European type of horse called the warmblood became popular in the United States. Seen for years in international jumping and dressage competitions, the warmblood suddenly became the horse of choice for Americans who wanted to compete in the upper levels of Olympic disciplines like dressage, jumping, combined training (or three-day eventing), and driving.

Ponies tend to be hardy little creatures. Most pony breeds developed in harsh European climates with rugged terrain; they had to become durable and levelheaded to survive.

Most adults are too big to comfortably ride a small pony (neither the pony nor the adult will be happy), although a smaller adult can do fine with a larger pony. If you want a mount for your child, however, a pony can certainly do the job.

The following pony breeds are popular in North America: 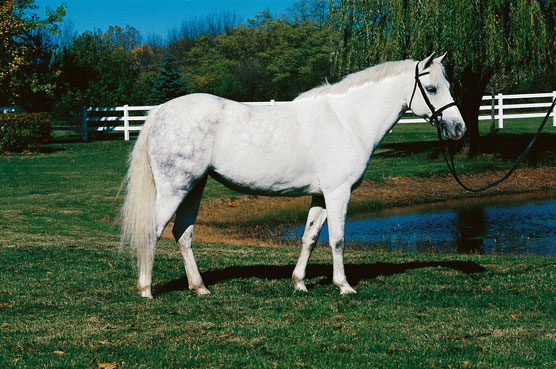 Several different warmblood breeds exist, each named for the region it comes from, with its own distinct characteristics. What they all have in common is a large stature, profound athletic ability, and a high price tag. Some of these breeds are common in the United States and Canada, while others are only available in Europe.

Here’s a list of the warmblood breeds you see most often in North America:

Audrey Pavia is the former editor of Horse Illustrated magazine and an awardwinning freelance writer specializing in equine subjects. She has authored articles on various equine topics in a number of horse publications, including Western Horseman, Horses USA, Thoroughbred Times, Appaloosa Journal, Paint Horse Journal, Veterinary Product News, and USDF Connection magazines. She has written five horse books besides Horse Health & Nutrition For Dummies, including Horses For Dummies, 2nd Edition (Wiley), Horseback Riding For Dummies (Wiley), and Trail Riding: A Complete Guide (Howell Book House).
In addition to her experience as an equine writer, she’s also a former Managing Editor of Dog Fancy magazine and a former Senior Editor of the American Kennel Club Gazette. She has authored more than 100 articles on the subject of animals and has written several books on various kinds of pets.
Audrey has been involved with horses since the age of 9. She has owned and cared for horses throughout her life, and has trained in both Western and English disciplines. She currently participates in competitive trail riding. Audrey resides in Norco, California.

Kate Gentry-Running, DVM, CVA, is a practicing veterinarian with 27 years of experience and an emphasis in equine integrative medicine. She has a particular passion for educating horse owners.
Dr. Running received her veterinary degree in 1980 from the University of Missouri College of Veterinary Medicine. She was certified by the International Veterinary Acupuncture Society in 2001 and is currently pursuing a Master’s degree in Traditional Chinese Veterinary Medicine at the Chi Institute in Gainesville, Florida.
Dr. Running breeds and trains cutting horses at her ranch in Tolar, Texas.