How to Install an Enclosed Shower

Building Your Own Home For Dummies 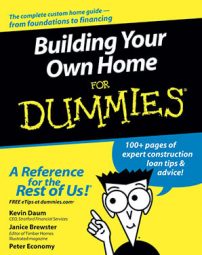 Installing a shower requires you to construct wood framing to support the walls of the enclosure. If you place the shower in a corner, you have to construct fewer walls. In any case, the manufacturer supplies a layout plan for the enclosure. Follow it carefully. You usually place the wall studs closer together than on a standard wall. 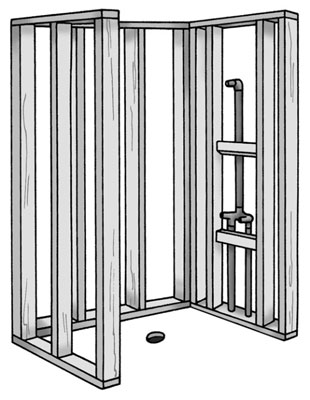 One advantage to installing this type of shower enclosure is that you mount the wall panels directly to the wall studs, so you don’t need drywall or backerboard. Before installing the shower stall, you can install wood backing for grab bars. Consult the manufacturer’s installation instructions to find out what type of backing you need to support a grab bar. In most cases, you should have solid backing of 2 x 6s nailed between the wall studs.

The shower enclosure requires a 2-inch drain centered in the enclosure. The rough-in dimensions give the exact measurements for its location. Unless you’re experienced with plumbing, you should leave this part of the project to a professional.

To install a shower enclosure, you need these materials:

After you've created the enclosure, follow these instructions to install the shower:

Your next steps are to install the wall finish that covers the flange and complete the plumbing work before moving on to installing a shower door.