Knowing What to Do If You’re Stung While Beekeeping

An occasional sting is a fact of life for a beekeeper. Following the rules of the road, however, keeps stings to a minimum, or perhaps you’ll get none at all. Yet, if a bee stings you or your clothing, calmly remove the stinger and smoke the area to mask the chemical alarm scent left behind. (This alarm pheromone can stimulate other bees to sting.) To remove the stinger, you can use your fingernail to scrape it off your skin.

If you are stung, apply a cold compress and take an antihistamine tablet (such as Benadryl). Antihistamine creams also are available. Using this technique alleviates the swelling, itching, and discomfort.

Some folks swear by the effectiveness of baking-soda-and-water poultices for bee stings; other folks advocate meat tenderizer and wet tobacco poultices, respectively. These are “grandma recipes” that were used before we had the antidote that the medical profession endorses — over-the-counter antihistamines.

All bee stings hurt a bit, but not for long. Experiencing redness, swelling, and itching is completely natural. These are normal (not allergic) reactions. For a small percentage of individuals, more severe allergic or even toxic reactions can occur, including severe swelling beyond the immediate area of the sting, and shortness of breath.

In the worst cases, reaction to bee stings can result in loss of consciousness or even death. The most severe reactions occur in less than 1 percent of the population. To put that in perspective, more people are killed by lightning each year than die from bee stings.

As a precaution against a guest having a severe reaction, keep an EpiPen on hand. These emergency sting kits are available from your doctor by prescription. The kit automatically injects a dosage of epinephrine (adrenaline). But be careful. Liability issues can arise when injecting another person, so check with your doctor beforehand. 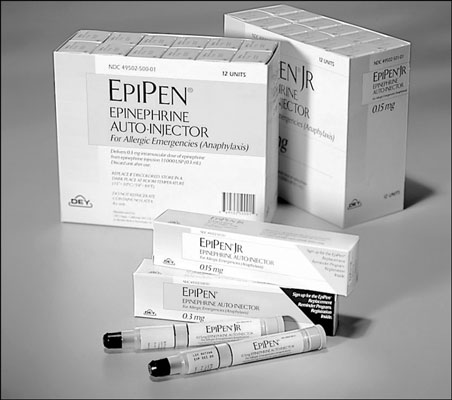 Building up a tolerance to bee stings

Now this may sound strange, but many beekeepers look forward to getting a few stings early in the season. No, they’re not masochistic. The more stings you get, the less the swelling and itching. For many, occasional stings actually build up a kind of tolerance. It still smarts, but the side effects disappear.