Explore Book Buy On Amazon
In a Top Bar beehive, combining two colonies can be accomplished using the newspaper method. First make certain that one of the colonies is queenless by killing the queen in the weaker colony. Then place an empty top bar directly behind the last active comb in the colony where you are adding the weaker colony. 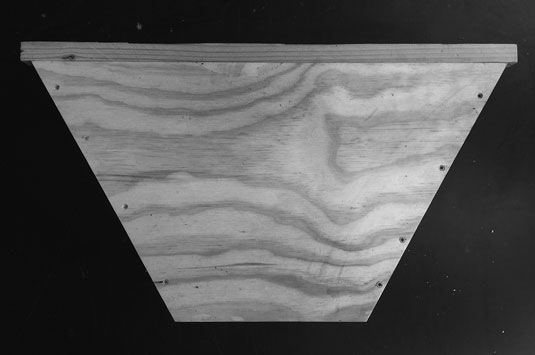 A follower board stops bees from entering unused space.

Drape a few sheets of dampened newspaper over the blank bar and form it to the sidewalls so no bees can get around it. If you used a follower board, remove it and push the bar with newspaper so it joins the last bar of the colony.

You can now proceed to install the weaker colony into the stronger one by removing each comb from the weaker colony and placing it behind the newspaper-draped bar. The bees from both colonies will eat through the newspaper and, during the time it takes to join, will have acquired a similar scent, thus minimizing fighting. After three or four days you can remove the bar with the newspaper, and you are done.