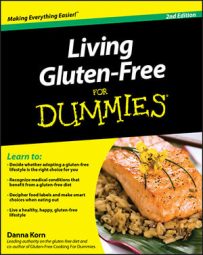 Danna Korn is respected as one of the leading authorities on the gluten-free diet and the medical conditions that benefit from it. She's been featured in People Magazine, on ABC's "20-20," and dozens of other national media outlets. She is the co-author of Gluten-Free Cooking For Dummies.