Sugar Substitutes on a Diabetic Diet 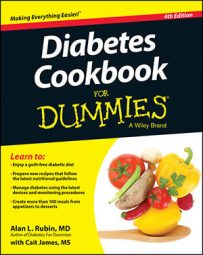 Although people with diabetes are allowed to have some sugar in their diet, sugar is more appropriate for a diabetic who is at normal weight than an obese diabetic. Preventing obesity may be a matter of avoiding as little as 50 extra calories a day. If this can be accomplished by using artificial sweeteners, which provide sweetening power but no calories, so much the better.

There is no good evidence that using sugar substitutes results in significant weight loss.

Recipes calling for 1/4 cup or more of sugar are perfect opportunities to use a sugar substitute and significantly lower the calories from sugar.

Several sugars besides sucrose (table sugar) are present in food. These sugars have different properties than glucose, are taken up differently from the intestine, and raise the blood level at a slower rate or not at all if they’re not ultimately converted into glucose. They sometimes cause diarrhea.

Although these kilocalorie-containing sweeteners are sweeter than sugar, and you use them in smaller amounts, they do have calories that you must count in your daily intake.

The following sweeteners contain kilocalories but act differently in the body than sucrose:

This group of non-nutritive or artificial sweeteners (with the exception of Stevia, which comes from a plant) is much sweeter than table sugar and contains no calories at all. Much less of these sweeteners will provide the same level of sweetness as a larger amount of sugar. However, the taste of some of them may seem a little “off” compared to sugar or honey. They include the following:

Feel free to substitute calorie-free sweeteners whenever sugar is called for. The calories you save could make a big difference in your diabetes.

Contrary to opinions that you may hear or read, there is no scientific evidence that these sweeteners are associated with a higher incidence of cancer.