How to Make Fresh Ham with Gravy for Christmas Dinner 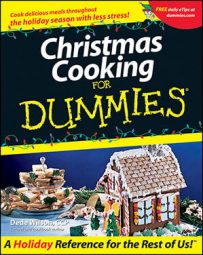 Fresh ham with herb gravy is a great choice for Christmas dinner, especially if you have a crowd. Served with mashed potatoes, roasted apples or pears, and a green veggie, ham can make a festive holiday meal.

Modern-day pork is very clean meat. Many old recipes suggest cooking to a very high internal temperature to guard against trichinosis, but that’s no longer necessary. After resting, this ham will have cooked sufficiently yet will still be juicy. Kids love to get their hands messy and can help you stuff the ham. 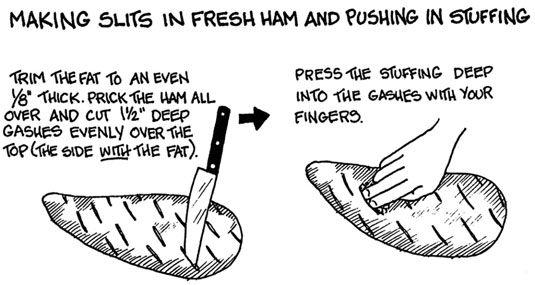 Gravy for your fresh-baked ham

Pan drippings from your ham (about 1/4 cup)