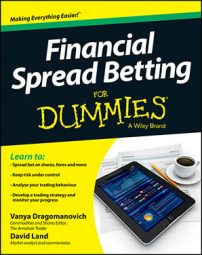 The biggest point of speculating with your stock investments is that you’re putting your money where you think the rest of the market will be putting their money — before it happens. This is where the “financial gambling” part comes in..

Beginners should consider investing and should wait before they do any trading or speculating because the latter require more experience — along with expendable capital (money that you can afford to lose if you’re wrong).

Speculation on the upside

Therefore, speculators attempt to be forward thinkers and “early birds,” hoping to buy early and then cash out when the stampede of buyers show up. Of course, the speculator can be wrong. The investment may not go up, and if sellers outnumber buyers, the investment can lose money.

Given that painful possibility, successful speculators spend a lot of time researching to make sure that their facts and “cause-and-effects” logic are as sound as possible.

Speculation on the downside

Speculating isn’t just about anticipating (and hopefully profiting from) upside moves before the market jumps in. It can also be about making money speculating that some investment will go down. Many speculators look for what they believe will be the “next stock to crash,” and they establish a short position in that stock (such as going short or buying put options).

Some made a killing when stocks like Enron and GM plummeted. Although speculating from down-side market moves is usually short term in nature (under a year), it can be long term too in some cases.

Still intent on speculating? Go ahead — just do lots of research to enhance your chance of succeeding. Because a speculator is being more aggressive and riskier, more research should be done. This means also drilling down into publications that are read by executives in that particular industry or sector.