By: Jim Muehlhausen and
Updated: 03-26-2016
From The Book: Business Models For Dummies

The concept of a business model may be new, but the underlying business dynamics aren’t. The East India Trading Company and Henry Ford had good business models, whether they were called business models or not. For many years, businesspeople have asked themselves two key questions:

If the answer was yes to both questions, they moved ahead.

Countless stories exist of great business models conceived over cocktails and jotted down on the back of a napkin. The problem with all these back-of-the-napkin stories is that they make it seem like creating a great business model is as simple as a quick doodle.

The businesspeople who created the strong models in their heads and jotted down the gists on a napkin were managing hundreds of business variables in their heads. These folks were savvy enough, or lucky enough, to sift through all of them and come up with a gem of an idea.

The problem with the back-of-the-napkin method is that it usually gets oversimplified to mean, “Can I make money with this unique concept?” That’s a great start for a business model, but it’s not a complete business model.

The most famous back-of-the-napkin story is Southwest Airlines. As the story goes, Herb Kelleher and one of his law clients, Rollin King, jotted down the concept that became Southwest Airlines on a cocktail napkin in a San Antonio restaurant. This figure shows you what this famed napkin may have looked like. 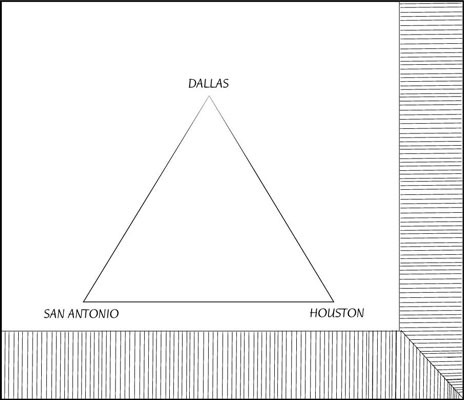 Fall into a business model

Sometimes businesspeople just fall into a model. Either they don’t give the business model any thought and just proceed to open the business, or one thing leads to another, and before they know it they have a business model.

It’s always easy to assume that planned activities are more successful than unplanned activities, but you never know. Many great inventions were discovered as a failed experiment in search of something else.

A few prominent high-tech companies like Twitter are proactively delaying some business-model decisions and falling into their business model. Twitter has found great success attracting users but hasn’t yet figured out how to turn the popular brand into a profitable business model.

Jim Muehlhausen is the founder and President of the Business Model Institute as well as consultant and speaker to businesses large and small. He is the author of The 51 Fatal Business Errors and How to Avoid Them and a frequent contributor to Entrepreneur, Businessweek, and dozens of other publications.