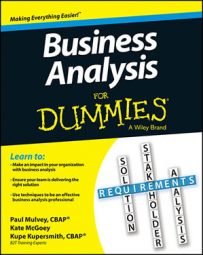 When you get to the phases that require you to perform validation testing, you want to start with a usability test. After you complete this, you also want to conduct a user acceptance test, and a post-implementation user assessment.

Usability testing occurs in the design phase. Its purpose is to show you and the project team how well the users can really use the system. You can follow ten usability heuristics to build proper usability into your design. (Heuristics is basically a fancy word for a hands-on learning process in which users educate themselves as they go through the program.)

Consider these items more as rules of thumb than documented guidelines. The following list is based on Jakob Nielsen’s ten usability heuristics:

In the early stages of your project, define what characteristics your users have, including skill level, previous experience, and education level. During usability testing, select testers who match your demographics to work through the system to see whether it has good usability among your target audience.