Perfect Multicollinearity and Your Econometric Model

Getting a grasp on perfect multicollinearity, which is uncommon, is easier if you can picture an econometric model that uses two independent variables, such as the following:

Suppose that, in this model,

where the alphas are constants. By substitution, you obtain

which indicates that the model collapses and can’t be estimated as originally specified.

In the following figure, STATA is used to create a variable that is a linear combination of another variable. Then the graph of the two variables is plotted and includes both of them as independent variables in a regression model. Notice, however, that the results do not contain parameter estimates for both variables. Obtaining individual regression coefficients for every variable is impossible if you have perfect multicollinearity. 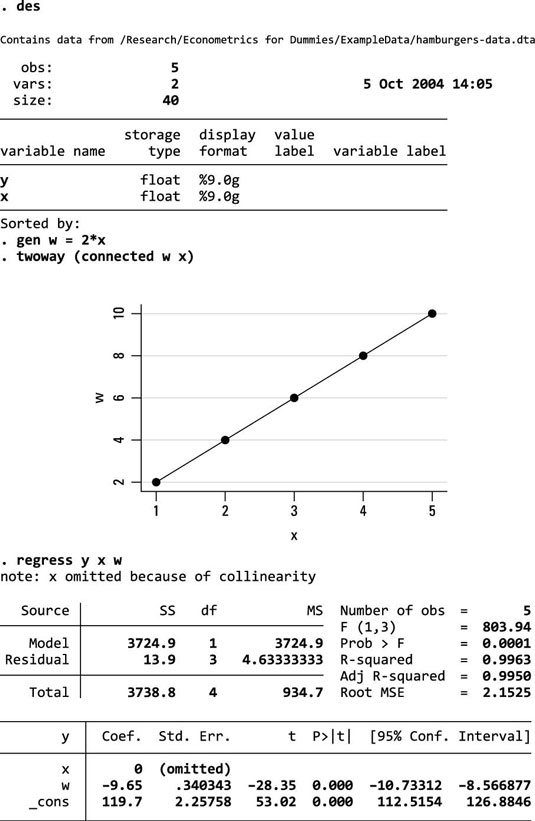