The Economic Secret to Good Low-Cost Healthcare in Singapore 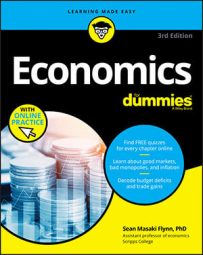 Explore Book Buy On Amazon
Offering “free” healthcare, reduced-cost care, and health insurance all have drawbacks for the economy. However, Singapore has managed to create a set of medical institutions that delivers world-class healthcare while somehow spending 50 percent less than Canada and 70 percent less than the United States. Keep reading to find out their economic secret.

Exploring cost-saving features and the impact on the economy

The secret to Singapore’s success has been a unique blend of private and public medical funding that keeps costs down by paradoxically making people pay a lot of money out-of-pocket for their care. It also ensures that the poor will be cared for.

Singapore’s health ministry is still very much involved in policing doctors and hospitals for safety and in providing healthcare to the poor. In fact, about one-third of all healthcare spending in Singapore is paid for by the government on behalf of the poor. But Singapore restricts its direct management of the healthcare system by allowing high-out-of-pocket costs to ration care and direct the entrepreneurial efforts of medical researchers.

Crucially, the prices patients pay in Singapore are not artificially low. Unlike in the United Kingdom, where healthcare looks free, or the United States, where it looks artificially inexpensive due to insurance’s picking up most of the bill, the residents of Singapore are faced with the full prices of medical procedures. This causes them to self-ration, voluntarily choosing not to go to the hospital for minor problems. That frees up resources for doctors and nurses to concentrate on treating serious cases.

Singapore’s residents typically make very sensible decisions when weighing the costs and benefits of various medical procedures. In fact, having to pay high out-of-pocket costs encourages good-decision making because people who have to pay their own money for healthcare generally spend a lot more time educating themselves about their options.

Supporting cost-cutting innovations in the economy

Singapore’s system of individual self-rationing has meant that Singapore has not had to set up a bureaucracy to ration care. The absence of such a bureaucracy promotes innovation because instead of red tape, there are profit incentives. These incentives are especially helpful in motivating medical entrepreneurs to figure out innovative methods for reducing costs.

To see the power of profits, consider the fact that a medical doctor in the United Kingdom who comes up with an innovation will get no reward from that country’s National Health Service. Indeed, her innovation will probably never be implemented, because dozens of committees would have to give their approval before her idea could be carried out. By contrast, a doctor with such an idea in Singapore could put it into practice quickly.

Self-rationing affects the types of medical research in Singapore versus in other countries. With individual self-rationing, more research is devoted to reducing costs so that consumers can pay less. Typically, that has nothing to do with inventing a new way of treating a disease but rather with figuring out how to make an effective older treatment less expensive. Thus, some hospitals in Singapore can do an open-heart surgery for only $20,000, versus about $100,000 in the United States.

By contrast, the incentives facing medical researchers in the United States are very different. In the United States, most research is funded by the government and directed toward developing new treatments. Success is measured by whether the new method works in the sense of curing the disease or healing the wound; whether it does so substantially better than currently available methods when costs are taken into account is not a high priority.

The incentives facing the United States’ medical research system lead to a paradox: On one hand, they result in the United States having the world’s most cutting-edge medical technologies. On the other hand, many are hideously expensive and only marginally better than what was available before. From a cost-benefit perspective, the development of such technologies is wasteful.

No other country has copied all three of Singapore’s cost-reducing policies. But recent experiments suggest that huge savings can result from implementing just one: high out-of-pocket costs. A couple of examples, one a state government and one a private company, show some promise.

These high-out-of-pocket expenses encourage prudence. Indeed, those who opted for the plan visited doctors and emergency rooms two-thirds less often than they did before, were half as likely to be admitted to a hospital, and spent $18 less per prescription than state employees who opted to stick with the state’s traditional health insurance option.

These changes in behavior led to a 35 percent decline in total healthcare spending for those who volunteered for the new plan versus those who stuck with the traditional option. An independent audit showed that participants in the new plan weren’t cutting corners by skimping on cost-effective preventive care like annual physicals and annual mammogram screenings. Thus, the savings appear to be permanent and sustainable.

Similar programs implemented by private companies like Whole Foods Market also show 30 to 40 percent cost reductions. Thus, it’s clear that substantial costs savings can be achieved by simply confronting consumers with nonsubsidized prices that must be paid for with out-of-pocket spending.

Even greater savings can presumably be achieved by implementing Singapore’s two other cost-saving policies: encouraging competition and mandatory savings. Encouraging competition would likely lead to improved services at lower costs, and mandatory health savings would presumably make people even more cautious with out-of-pocket spending because they would be aware that they were very much spending their own money.

Widely implementing Singapore’s innovations may be difficult, however. Many individuals and firms do very well financially under the healthcare systems currently in place. They may be reluctant to support innovations, as may the politicians who helped build the current systems.