Leading, Lagging, or Coinciding: The Timeliness of Economic Indicators

By: Michael Griffis and
Updated: 03-26-2016
From The Book: Economic Indicators For Dummies 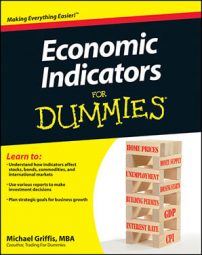 Some economic indicators are better predictors than others. Knowing the major categories of indicators can help you identify which indicator is right for the job at hand. Here are the three main types of indicators, based on how timely they are:

Michael Griffis, MBA, has been an active trader for more than two decades. He has written about stock trading for online audiences, and today writes about investing and marketing for clients in the banking and brokerage industries.