Explore Book Buy On Amazon
When one ventures into sexual activity, it can be daunting to hear about things like the Kama Sutra and tantric sex. In reality, the basic sexual positions have a lot of advantages — otherwise, so many people wouldn’t rely on them so much. While there’s no “right way” to have sex, a little information can help you understand the pros and cons of the most common sexual positions.

The missionary position is no more than the male-superior position; that is, the man on top, the woman on the bottom. 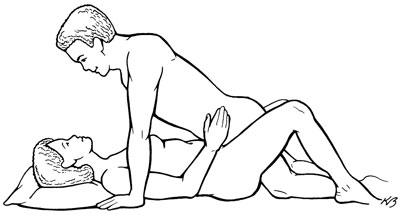 Advantages of the missionary position include:

The female-superior position (woman on top)

The female-superior position is essentially the opposite of the missionary position: the woman on top, the man on the bottom. This has become a more common choice in the last decade or two. 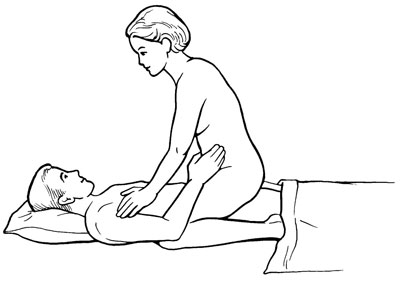 Disadvantages of this position include: You can vary the female-superior position by having the woman face backward, or even change partway through. She also can lie back with her head at the man’s feet, so that she does not have to support her entire weight.

No single position is more moral or normal than another. If you enjoy one position, that’s great. If not, then try something else.

Dr. Ruth K. Westheimer is America's favorite sex therapist. Author of over 40 books and host of several TV shows on human sexual- ity, she frequently lectures around the world. Pierre A. Lehu has worked with Dr. Ruth for decades as publicist, writer, and friend.