By: Timothy Clarke and Ed Clarke and Glen Clarke and
Updated: 08-26-2021
From The Book: CompTIA A+ Certification All-in-One For Dummies 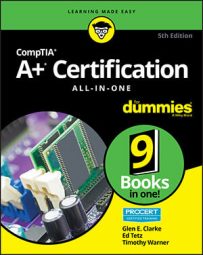 Explore Book Buy On Amazon
The different types of printers in today’s busy world of computing are laser, inkjet, dot matrix, thermal, and virtual. You need to be familiar with each type for the compTIA certification A+ exams.

A laser printer gets its name because it uses a laser beam in the printing process. A laser printer, shown in the following figure, is also the most expensive type of printer because of its high-cost components such as the laser. 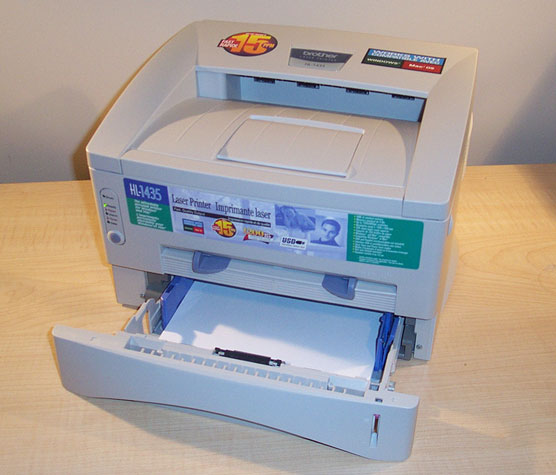 Looking at a laser printer.

Many parts work together to make the laser printer and its printing process run smoothly: 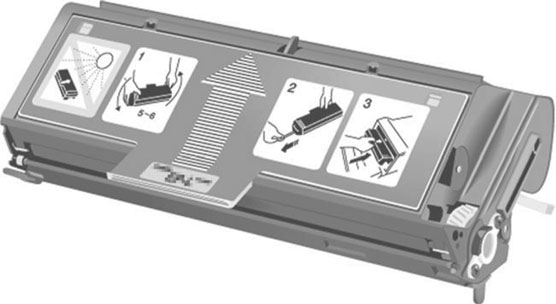 The laser printing process has six phases, and you are required to know them for the A+ exams. Knowing the process is the basis for effective printer support and is essential for passing the A+ exams. The six phases of the laser printing process are conditioning, writing, developing, transferring, fusing, and cleaning. As you read the following sections, identify where each step occurs in the schematic shown. 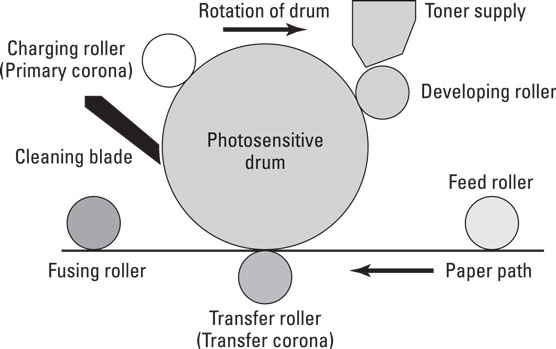 This phase is often known as the conditioning or charging phase. When the printer receives a command from the computer’s operating system to begin the print process, the primary corona wire applies a –600V charge to the photosensitive drum, also known as the print drum. This charge is one reason why a printer requires a high-voltage power supply.

Because the print drum and the developing roller are both charged to –600V (except for the areas of the print drum previously exposed to laser light), the toner from the developing roller is attracted to the –100V charged areas of the print drum. This entire concept is based on the “opposites attract” principle. Although both the drum and the roller are both negatively charged, –100V is more positive than –600V, so the toner on the –600V roller is attracted to –100V areas on the drum. Now that the print drum has toner on only the areas of –100V charge, the image is ready for transfer to paper.

The paper continues to move through the assembly, and passes over the drum to attract the toner from the drum to the paper.

6. Cleaning up the mess (Cleaning)

After the printing has completed, any excess toner that remains on the print drum needs to be cleaned off. That’s the purpose of this last phase — the cleaning phase. A cleaning blade scrapes any leftover toner off the print drum and into a holding tray to prepare the drum for the next print operation.

The A+ certification exams focus on laser printers when it comes to asking questions about printers. Be familiar with dot matrix and inkjet printers, but most of all, be sure that you are comfortable with laser printers and the laser printing process.

Lab 4-1 will help you identify parts of the laser printer. You will need a laser printer available to perform this lab. Lab 4-1 can be found on the companion website at www.dummies.com/go/aplusaio.

Inkjet printers (see the following figure) offer the next highest level of print quality and are relatively cheap compared to laser printers. Inkjet printers are great for home use or small office environments that don’t have large print jobs. 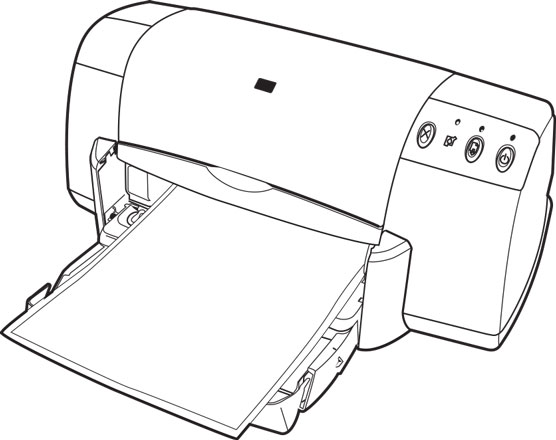 Inkjet printers don’t use toner like a laser printer; instead, they use ink cartridges. The ink cartridge contains all the working elements needed to get an image from the computer onto a sheet of paper. It contains compartments of ink, each sealed with a metal plate to prevent ink leakage. Each compartment has a tiny pinhole from which the ink is sprayed from the cartridge onto the paper.

What’s interesting about ink cartridges is that each has its own integrated print head. The printer’s paper roller, feeder assembly, carriage, and belt are similar to these parts on other printer types. Nowadays duplexing (the ability for the printer to produce two-sided output) is pretty standard on most mid-level inkjet print devices.

When the printer receives the command from the computer to print an image, the printer starts the print process by applying an electrical charge to the heating elements that are in the ink reservoir. The charge heats the heating elements, which cause the ink to vaporize. The vaporized ink creates pressure and is forced out the pinhole, creating a tiny bubble that hits the paper.

Some printer manufacturers offer individual cartridges for each color. The benefit of these printers is that if you run out of one color, you simply need to buy only the cartridge that contains that color, not all the colors.

One thing to keep in mind is the print cartridges/print heads fall out of alignment on a regular basis. Therefore, you should make a habit of recalibrating the print output for any inkjet printers that you maintain. You should find that calibration utilities are built into the print device’s management software.

Multifunction printers are laser or inkjet printers that incorporate other functions besides printing into a single hardware device. Typically, multifunction printers include scan and fax functionality, and are often WiFi-enabled both for infrastructure and ad-hoc wireless networks. And any multifunction printer worth its salt, like the HP OfficeJet Pro 6830 that I use in my office, support advanced printing features like duplex (two-sided) printing and collation.

Many business-class multifunction laser or inkjet printers include an internal hard disk drive that the device uses to cache incoming print jobs. This hard drive caching allows the printer to service more print jobs per unit time than it could by using its much-more limited internal RAM.

Dot matrix printers are considered impact printers because they physically strike an inked ribbon with a metal pin to put characters on paper. A dot matrix printer fires off rows of pins that strike the ribbon in patterns to create the image or characters that need to be printed. Each pin — a solenoid — is wrapped in a coiled wire held in place with a spring and small magnet. When a solenoid is needed to help create the image by striking the ribbon, an electrical charge is sent down the coil wire that surrounds the solenoid. The electrical charge around the wire causes the magnetic field from the magnet to be lost, resulting in the pin firing against the ribbon.

For the A+ exams, you simply need to focus on laser, dot matrix, and inkjet printers. Another type of printer you might encounter, though, is a thermal printer, which creates printouts on special paper by heating a stylus pen located on a print head. The pen then causes a chemical reaction on the special paper that is sensitive to heat.

A virtual printer is a non-physical print device that exists on your local system. What do I mean, you ask? Well, I’m here to tell you that every time you use the Portable Document Format (PDF) printer with Adobe Acrobat, or the Microsoft XML Paper Specification (XPS) printer that is included with the Office productivity suite, you’re in fact using a virtual printer. A virtual printer exists entirely in software, and its sole purpose is to “print” output to a document or image file.

Printing to a file or image is a great benefit to individuals and businesses who covet the so-called “paperless office.” By using virtual printers you not only contribute to the environment by consuming less paper, but you also save money on otherwise expensive consumables like inkjet and toner cartridges.

By contrast, a cloud printer is a virtual printer whose device drivers and managed, well, in the cloud. Apple AirPrint and Google Cloud Print are two cloud printing technologies whose goal is to make it easier for you and others to print output from any print device without having to go through the trouble of installing a device driver.

Here’s how cloud-based printing works: You connect your AirPrint- or Cloud Print–enabled printer to your WiFi network. Next, you choose the Print function from any application running on another host from the same WiFi network. The cloud printer should be available, and your print job will go through despite your not having manually loaded device drivers and/or configuration utilities. Pretty neat!

For those of you who are concerned about security (and that should be all of you): As long as you have authentication enabled on your WiFi network, your cloud-based print queues should be safe from unauthorized parties. That said, the data privacy aspect is enough to scare many individuals and businesses away from any technology that mentions “cloud” in its name.

A 3D printer allows you to make three-dimensional solid objects from a digital blueprint file. The creation of the objects takes place by the printer laying down layer after layer of plastic filament until you have the completed object.

3D printers have a number of practical applications beyond the “maker” joy: product prototyping, scale models, proof of concept, and so forth.

Common parts on the printer

Whether you are using a laser printer, inkjet printer, or dot matrix printer, some parts are common to each of the printer types, although how they physically print is different. The following are some common elements to each printer type: