How Alcohols Are Created Using the Grignard Reaction

Making a Grignard reagent
A Grignard reagent is an extremely powerful nucleophile (nucleus lover), and can react with electrophiles like carbonyl compounds. To determine the products made in a Grignard reaction, you can ignore the magnesium halide portion of the reagent (because this portion doesn't get involved in the reaction) and think of the Grignard reagent as acting as a carbanion (a negatively charged carbon atom) in disguise. The next figure illustrates this idea. 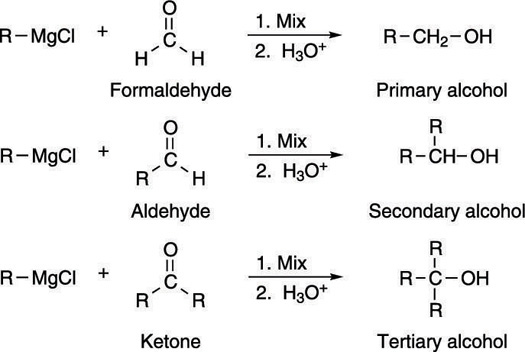 This figure shows the formation of alcohols via the addition of Grignard reagents to carbonyl compounds.