Some microbial cells are stationary, but most of them have a means of getting around, called locomotion. Flagella are important for movement. They propel the cell forward or backward. Both prokaryotes and eukaryotes have them, but they’re more complex in eukaryotes. 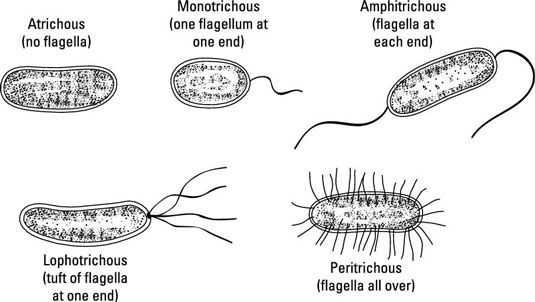 Bacteria without flagella can also move around by a type of motion called gliding. In some bacteria, gliding is done by secreting slime that sticks to a surface and on which the cell can slide. Another method used is pili, which are thin, hairlike projections on the surface of bacterial cells, to twitch across a surface. Still others glide by some unknown method.

Microbes often move toward or away from something based on the chemical gradient nearby in a process called taxes. Both chemical gradients (oxygen or sugar) and photogradients (light) can induce taxes, which is also considered a type of microbial communication.