What Is a Smart City?

By: Jonathan Reichental and
Updated: 12-28-2021
From The Book: Smart Cities For Dummies

Explore Book Buy On Amazon
There may actually be no such thing as a smart city. Wait — what? That’s certainly an odd comment coming from an article about smart cities. Okay, let’s explain. There’s no such thing as a completed smart city. It would be difficult to find an example where all the work has been finished and the designers and implementers have, after completing their tasks, washed their hands and said, “We’re done. Voilà! Here’s your smart city.”

Nope. Doesn’t exist. After all, is a city ever completed? 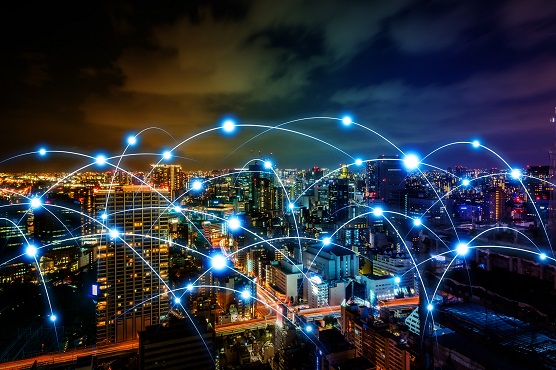 With a few rare exceptions, cities are in a constant state of change. Whether they’re being updated and improved or expanding upward, downward, and outward (or all of these); our cities are living, evolving entities. Cities are a work in progress. They are shaped by (among many factors) community needs, by societal trends, by crisis, and by better ideas. They shrink and expand, they decline and are reborn, and they are destroyed and rebuilt. They are never finished.

And so it’s a logical return to the idea that there’s no such thing as a smart city. Instead, there are compelling and urgent needs, and a necessary response to demands, for cities that function with greater “smartness” to be smarter in all areas and in every way.

If there’s one aspect of smart cities that can be chastised for continuing to cause confusion and excessive debate, it’s the absence of agreement on the definition of the term smart city. Here you get a brief breakdown of what constitutes a smart city and what does not.

What a smart city is

As Sicinius, the bearded protector of the Roman people’s interests, states in Shakespeare’s play Coriolanus, “What is the city but the people?”

Indeed, what is the city but the people?

This is the right place to start when discussing the future of cities. After all, cities are defined by the human experience. They exist in support of people, are the invention of people, and deeply reflect a people's culture. In Bangkok and Tokyo, the city landscapes are replete with temples, like Budapest is with hot baths, Amsterdam is with coffee shops, and Vegas is with casinos.

The feel, the look, the behavior, the heartbeat of the city — these are all a reflection of people. Cities communicate the history and life of those who live there. (Some like to say that architecture is the language of the city, which is a fitting way to look at things.)

Across the planet, cities have emerged for different reasons, and their design has been shaped by various influences. There is no one-size-fits-all solution when it comes to cities. Though they share some common needs, such as energy, transportation, communications, and sanitation, they have as many differences as similarities.

Sure, a city can be defined and categorized by such characteristics as its geography, governance, population, and infrastructure, but its purpose, needs, and culture cannot be so easily abstracted and normalized such that you can generalize about their nature. The uniqueness of each city must be viewed through this lens.

Many cities suffer the same challenges. Finding a parking space, for example, is a universal pain. But the way problems are solved is often specific to each community. For every challenge that is similar, others are often unique.

It’s this backdrop that is essential for an understanding of how to think about smart cities. To be able to confidently say that Barcelona and Dublin are smart cities (or are becoming smarter) means that there would need to be a globally agreed-on definition and an agreed-on set of extensive standards and measurements.

These don’t exist, and they may never exist.

Okay, to be fair, there are a small number of proposed and voluntary standards for smart cities. Two strong examples are:

The term smart city is much less important than the purpose of the work and the outcomes. In fact, to clear up confusion, many other terms are used that are all simply synonyms. They include connected city, hyperconnected city, intelligent city, digital city, smart community, and others. Smart city (or smart cities) is the term that has stuck.

A smart city is defined by its people, not by some outside arbiter. If Helsinki believes that it’s creating a better quality of life for its people in its innovative use of technology, it has the right to call itself a smart city.

John Harlow, a smart city research specialist at the Emerson College Engagement Lab, states that “smartness in cities comes from people understanding what's important to them and what problems they are experiencing.”

The most basic definition of a smart city is one that responds to its citizens' needs in new and improved ways.

You’ll learn more regarding this definition shortly, but first, some additional contextual basics.

The future of humanity is firmly rooted in cities. For better or worse, as rural communities rapidly decline, immigration to cities is booming. By the end of the 21st century, all things being equal, most humans will live in urban settings. This remarkable shift will define the future more than just about anything else humans do (other than perhaps populating other planets).

Despite our many misgivings, on balance, cities are largely a success story. More than anything else, they have lifted billions of people out of poverty, providing jobs, shelter, accessible healthcare, and other support systems and regulations to assist in life’s needs. Edward Glaeser, the American economist and author of Triumph of the City, makes a compelling case that cities are humanity’s greatest invention.

But it’s been a tough, ugly journey. The world’s early cities weren’t pleasant places for most people, and suffering was common. Fortunately, cities are now in much better shape, and an urban migrant should find options and opportunities to at least have the choice of a better life.

However, though conditions in general are better than they’ve ever been, the challenges presented by cities today are more complex in many ways and are vastly more difficult and expensive to solve.

Here’s a list of just a few of the smart city challenges awaiting solutions:

This list is only a small reflection of the massive number of unique challenges that cities on every continent have to address. But it should be suggestive to you of the type of work that lies ahead.

An obvious question right now is this: Why haven’t humans solved these types of problems?

Some of the answer lies in leadership priorities and insufficient budgets as well as in the scale and complexity of the problems involved. Clearly, if these problems were cheaply and easily solved, they’d have been addressed by now. They are neither.

However, the history of innovation is a reminder that humans have the capacity to solve big, intractable issues. Improved sanitation changed the trajectory of healthcare, for example, and fertilizer made food abundant. Might innovation also help with the current challenges of the world’s cities? Many would argue yes, and technology powered innovation might offer some of the best opportunities.

This kind of thinking may draw you closer to a definition of what a smart city is.

The Smart Cities Council, a network of companies advised by universities, laboratories, and standards bodies, maintains that smart cities embody three core values: livability, workability, and sustainability. Specifically, the council states that using technology to achieve improvements in these three areas is the definition of what a smart city needs to be.

So, considering everything you’ve learned so far, including researching the literature on the topic, what might a definition look like? Here’s a proposal:

Many smart city definitions include references to specific technologies — often this is a mistake. The definition should be about outcomes, and it should outlive technologies that come and go. There will always be better tools in the future. Limiting a definition to tools that exist now will make any definition quickly outdated.

Finally, don’t lose sight of these two important qualities that are essential for smart cities: After all, what is the city but the people?

What a smart city is not

Here are five things that a smart city is not:

One last, related point on this topic. One point of view is that a smart city can exist only with smart people. This perspective is far from fair or inclusive. Communities are made up of all types of people, and everyone, if they choose, has something to contribute.

When building smart cities, ensure that all your efforts and experiences embrace the majesty of all people. You should, in fact, add this as a goal in your strategy.