Political Science as the Study of Political Power

By: Marcus A. Stadelmann and
Updated: 12-23-2022
From The Book: Political Science For Dummies 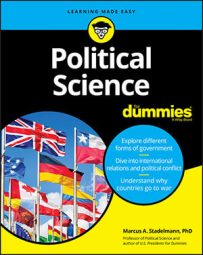 Explore Book Buy On Amazon
Political science is the study of power. The discipline is enamored with the concept of power, namely how A gets B to do what A wants. Therefore, political science studies who holds power and how it’s being used.

In the U.S. and other federal societies, such as Germany, states, or regions also exercise political power over their population. In the U.S., the states set speed limits on their roads, and in Germany, states have the power to set tax rates.

Finally, specific people, such as teachers, can also exercise political power. Whenever teachers assign homework, they’re exercising political power over students. Students consider teachers to have authority and their use of power legitimate and therefore will do something, such as homework, they wouldn’t normally do for fun. Authority refers to a general agreement that a person has the right to make certain decisions and that these decisions should be complied with.

Both ancient and modern political scientists were concerned with how power is used in societies. The famous Greek philosophers Socrates, Plato, and Aristotle believed that political power should be held by the best educated in society and should be used for the good of society.

Niccolo Machiavelli disagreed in his seminal work The Prince. He argues that power is needed to maintain the security of the state both at home and internationally. His work focuses on how to acquire power and then use it for the good of the state. Fellow political philosopher Thomas Hobbes not only agrees but also claims that political power shouldn’t be used for ethical governance but to prevent conflict both domestically and internationally.

The more modern theorists such as John Locke and Jean-Jacques Rousseau argue differently. They believe that the people should exercise political power in a nation-state and need to be able to hold their leader accountable.

For Locke, whose work became the foundation for the American political system, a contract exists between leaders and citizens on how to exercise political power. If leaders violate the contract, the people can remove them from their positions.

More recent thinkers such as John Rawls have added the components of social justice and economic equality to their theories.

Views on who holds the political power

One of the ongoing questions in political science is how can the researcher determine who holds power in a society. Over time, six different explanations were developed.

Bureaucratic theory assumes that bureaucracies in countries hold power and make the most important decisions for society. It’s therefore not politicians nor other leaders but top-level bureaucrats who run a country. They work for the good of the country, not to amass wealth, and their policies are based on what’s best for a country. When studying France or Japan, two countries with powerful bureaucracies, bureaucratic theory can be used to study political power.

People will join together to push for their own interests and for government benefits. These interests can be economic, professional, ideological, environmental, or even religious. All these diverse groups will now compete for public benefits, ensuring that public policy will benefit not only a few people but a majority in the country. Political power is therefore held by interest groups, representing the people. 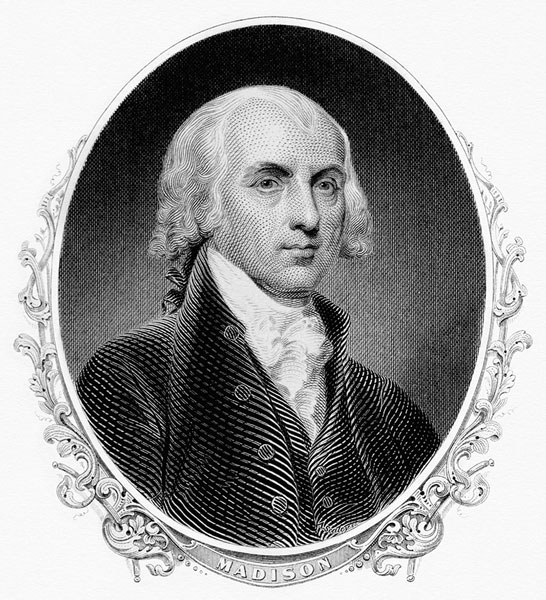 James Madison is the developer of pluralism.

As soon as one group of citizens feel disadvantaged, they’ll begin to organize and compete for benefits. Suddenly, many interest groups are competing for political benefits and hopefully balancing each other out overall.

Pluralism assumes that everybody will get a little bit from policymakers, but nobody will get everything he asks for. This balance makes every interest group accept lawmakers’ policy decisions without complaining or, more importantly, without taking action against policymakers.

Corporatism also deals with interest groups. However, there are not tens of thousands as in the U.S. but a lot less. There may be only three. These groups are large and powerful and directly deal with the government when it comes to policy making. Therefore, a few but very powerful interest groups hold power in a society . The political scientist needs to study these to find out who holds power in a society. Examples of corporatist countries include Germany, Austria, and most of Scandinavia.

Elite theory, as created by the great Italian social scientists Vilfredo Pareto and Gaetano Mosca, states that every society has an elite that holds political power. That elite differs from society to society. In some societies, it’s blood based, meaning you have to be born into it. A monarch with a ruling aristocracy comes to mind. In other places, wealth puts you into the elite. The more money you have, the more influential you’ll be. This is often the case in capitalist countries like the U.S. or Great Britain.

Another determinant of power is religion; Iran is governed by a religious elite. Membership in organizations such as an elite political party, for example, the Communist Party of the Soviet Union, or the military can put someone in the elite. A military dictatorship such as found in Chile from 1973 until 1990 under General Pinochet is an example. In a nutshell, elite theory states that in every society an elite holds political power.

Two models explain where political power comes from. First is the percolation-up model. It assumes that power rests with the citizens of a country. The citizens in turn elect leaders and give them political power to run the country on their behalf. If the citizens are satisfied with their leaders, they can reelect them. On the other hand, if they’re dissatisfied, they can replace them. An example is a representative democracy.

Historically, this type of power model was the most widespread of the two. Examples include the monarchies of the past, totalitarian systems such as the Soviet Union, and more modern dictatorships such as Belarus or Iran.