ASL: How to Relate Where You Live and Work

Giving others information about your workplace and home by using American Sign Language (ASL) is easy — but be careful because many other eyes can see what you sign. Exchanging addresses and phone numbers is a great way to make friends with other signers. Asking for repeats is okay; everyone does it in both English and Sign. You fingerspell most of this information:

The signs in this table may help you describe your address and phone number information, too. 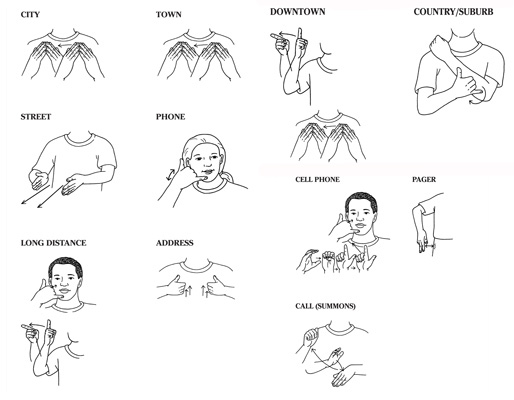