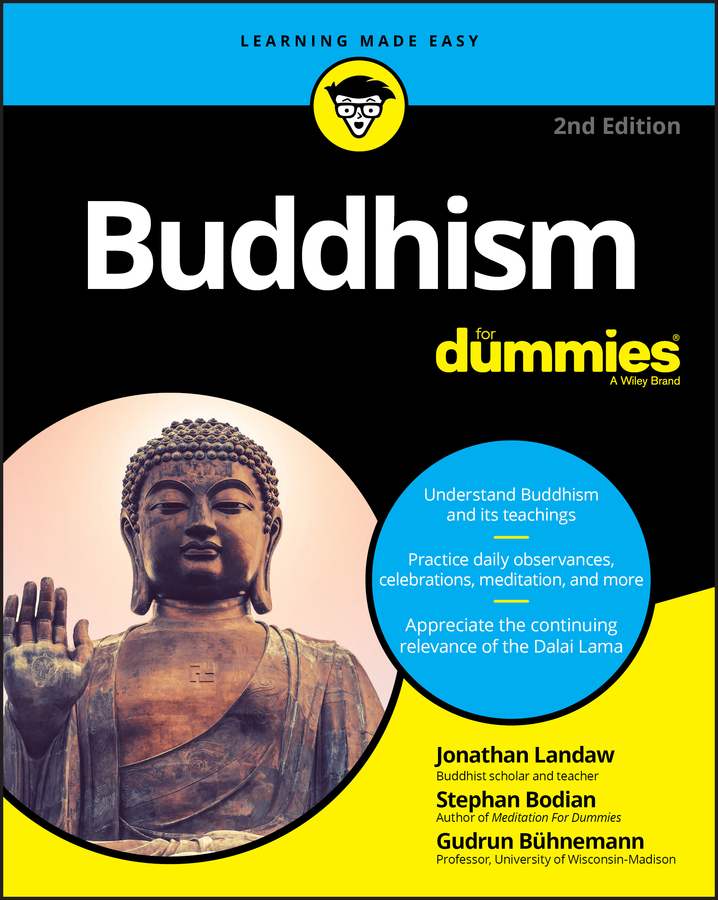 Your hands-on guide to this widely practiced and ancient religion

Buddhism, one of the world's most widely practiced religions, is a fascinating yet complex eastern religion that is rapidly spreading throughout western civilization. What does it mean to be a Buddhist? What are the fundamental beliefs and history behind this religion? Buddhism For Dummies explores these questions and more in this updated guide to Buddhist culture. You'll gain an understanding of the origins of this ancient practice and how they're currently applied to everyday life.Â

Whether you're a searcher of truth, a student of religions, or just curious about what makes Buddhism such a widely practiced religion, this guide is for you. In plain English, it defines the important terms, explains the key concepts, and explores in-depth a wide range of fascinating topics.

Continuing the Dummies tradition of making the world's religions engaging and accessible to everyone, Buddhism For Dummies is your essential guide to this fascinating religion.

P.S. If you think this book seems familiar, youÂre probably right. The Dummies team updated the cover and design to give the book a fresh feel, but the content is the same as the previous release of Buddhism For Dummies (9781118023792). The book you see here shouldnÂt be considered a new or updated product. But if youÂre in the mood to learn something new, check out some of our other books. WeÂre always writing about new topics!

Articles From Buddhism For Dummies

Buddhism is the fourth largest religion in the world; it encompasses several branches (or schools), including Theravada and Mahayana. In addition to fundamental teachings on the nature of reality, Buddhism offers a systematic approach involving techniques and practices that enable its followers to experience a deeper level of reality directly for themselves.

Buddhism has a long and rich history. From the time of Shakyamuni Buddha, based on whose teachings Buddhism developed, to the present day, this religion has changed how millions of people view the world. The teachings of Buddhism evolved over a long period of time, spreading from the Indian subcontinent into other parts of Asia and across the globe. Date(s) Historical Event(s) 5th Century BCE Life of Shakyamuni Buddha, based on whose teachings Buddhism developed. 269-231 BCE Reign of King Ashoka, patron of Buddhism; sends first Buddhists to Sri Lanka in the third century. 100 BCE to 100 CE Rise of Mahayana Buddhism. First half of 2nd century CE Reign of King Kanishka; Mahayana Buddhism spreads to Central Asia. 1st century CE Buddhism first enters China. 520 First Zen patriarch Bodhidharma arrives in China. 538 Buddhism enters Japan from Korea. 7th to 8th century Vajrayana Buddhism established in Tibet. 11th to 14th century Theravada Buddhism established in Southeast Asia. 1199 Nalanda University destroyed; demise of Buddhism in India. 13th century Zen, Pure Land, and Nichiren Buddhism established in Japan. 1881 Pali Text Society founded. 1893 World Parliament of Religions (Chicago). 1956 Celebration of 2,500 years of Buddhism.