How to Merge Changes from Different Excel 2013 Users

At some point after sharing an Excel 2013 workbook, you’ll want to update the workbook to incorporate the changes made by different users. When merging changes, you may also have to deal with conflicting changes made to the same cells and decide which changes to accept and which to reject.

After you’ve merged all the input and decided how to deal with all the conflicting changes, you may even want to turn off file sharing to prevent users from doing any further editing. To be able to compare versions of a shared workbook and incorporate changes from your co-workers, you need to add the Compare and Merge Workbooks command button to the Quick Access toolbar: 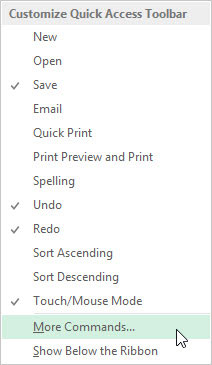 Choose the Commands Not in the Ribbon option from the Choose Commands From drop-down menu. 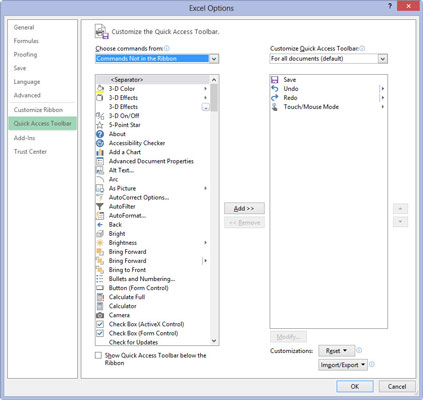 Excel displays a list of all the commands not currently on the Ribbon in the list box beneath the Choose Commands From drop-down box. 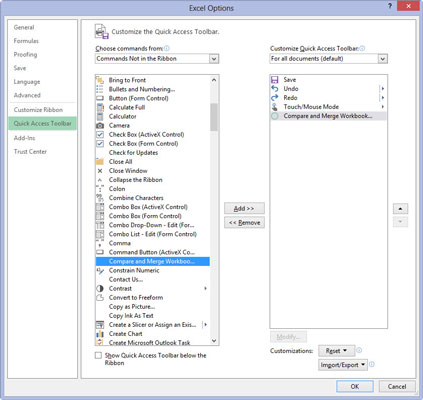 The Compare and Merge Workbooks item appears below the last item in the Quick Access Toolbar list box on the right side of the Excel options dialog box. 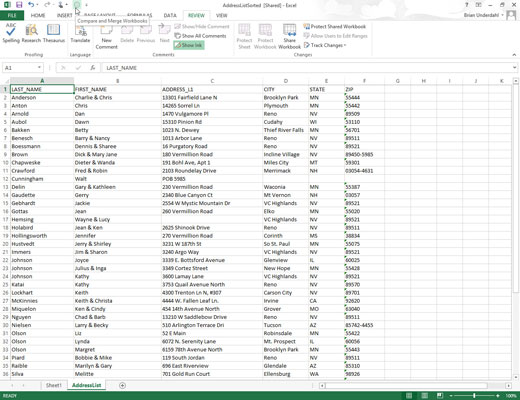 The Compare and Merge Workbooks button appears at the end of the Quick Access toolbar. (Its icon is an outlined circle.)

When you click the Compare and Merge Workbooks button that you added to the Quick Access toolbar with the original workbook file open in Excel, the program opens the Select Files to Merge Into Current Workbook dialog box. Here, you select the drive and folder that contain the copies of the shared workbook file edited by your co-workers.