How to Choose the Right Chart Type in Excel 2010 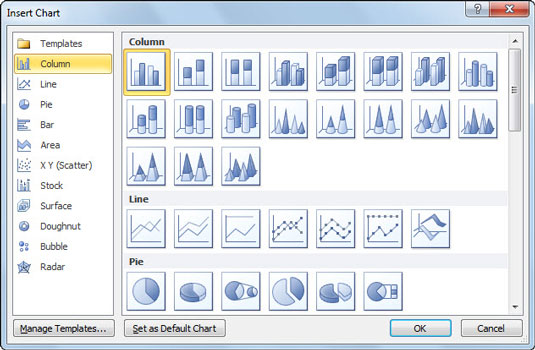 The Insert Chart dialog box provides access to all the available chart types and subtypes.

Following is a description of the major chart types available in Excel, with some simple guidelines on when to use each type.