Getting to Know the Parts of an Excel 2010 Chart

The typical chart (or graph) in Excel 2010 comprises several distinct parts, including the chart area, data series, axes, legend, plot area, gridlines, data markers, and more. The following list summarizes the parts of a typical Excel chart, some of which appear in the illustration. 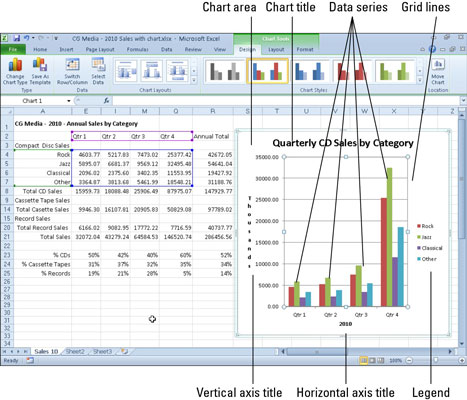