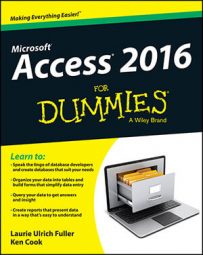 For users of Access 2007, 2010, or 2013, the upgrade to 2016 won’t seem like a big deal, other than the changes to the fonts used on the ribbons, the change to a white background for the ribbons, database tabs, and the All Access Objects panel on the left side of the workspace — but these are purely cosmetic changes.

If you’re coming from 2003, the biggest changes are found in the interface. Gone are the familiar menus and toolbars of 2003 and prior versions, now replaced by a ribbon bar divided into tabs that take you to different versions of those old standbys. It’s a big change, and it takes some getting used to.