How to Save a UCS in AutoCAD 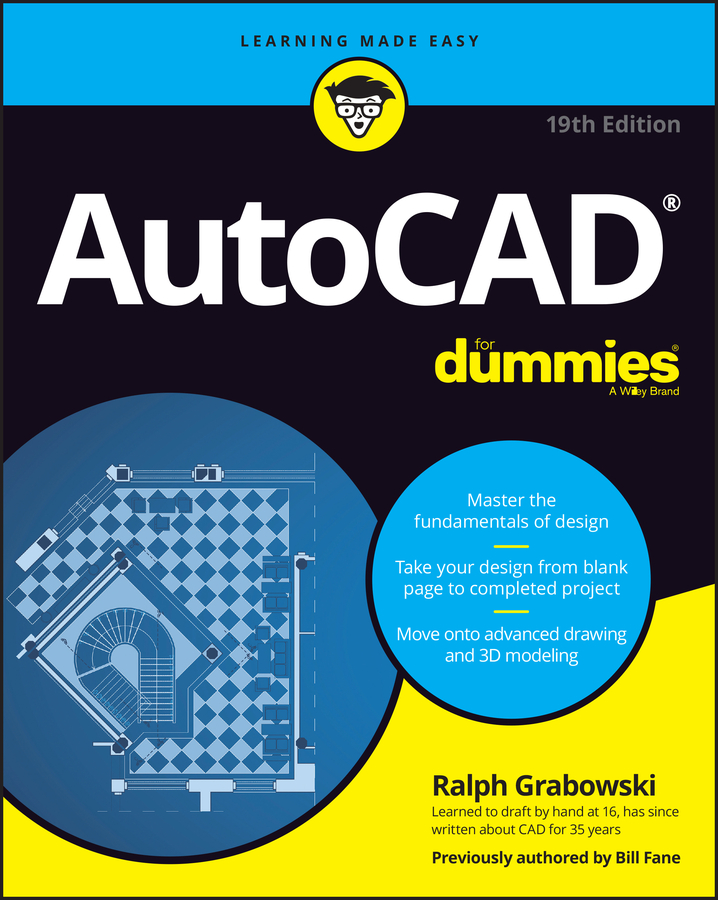 Explore Book Buy On Amazon
A couple of releases back, AutoCAD introduced Dynamic UCSs. Because dynamic is the opposite of static, what you get is a temporary coordinate system that changes as you move the mouse pointer over different planar faces of a 3D object. Click the Allow/Disallow Dynamic UCS button on the status bar, or press the F6 key to toggle Dynamic UCS on and off.

The UCS command offers ten options to help you define a new UCS. Access the UCS command options from the Coordinates panels on either the View tab or Home tab of the Ribbon.

After you select one of these UCS options from the Ribbon, follow the command prompts at the command line or the Dynamic Input prompt. For more information on all the UCS command’s options, refer to AutoCAD’s online Help system.

The more UCSs in your drawing, the more you need help managing them. AutoCAD offers a handy-dandy UCS dialog box for doing just that. Open it by clicking the dialog box launcher (the little arrow at the right end of the panel label) on the Coordinates panel of the View tab or Home tab, or simply type UCSMAN and press Enter. The three tabs in the UCS dialog box are

After you define a UCS that you think you might want to use again, you can save it in the UCS dialog box. You do that in the following steps, which you begin by creating a solid box: Then you define the UCS by following these steps: Finally, you have to save it. Follow these steps: 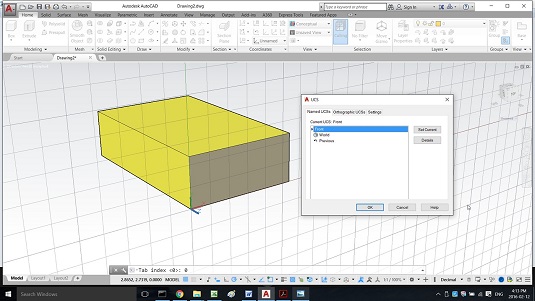 To switch back and forth between the two UCSs, simply select the one you want to use from the Coordinates panel:

AutoCAD likes giving you lots of choices. You can also restore a named UCS from the UCS drop-down list at the bottom of the ViewCube. Or you can right-click the UCS icon, choose Named UCS, and then choose the UCS from the menu.