How to Style Specific Elements with CSS

This is how the code appears in the browser. 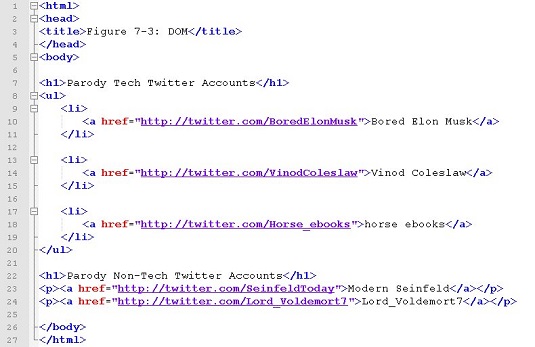 Styling a family tree of elements.

This version shows a depiction of the code using the tree metaphor. 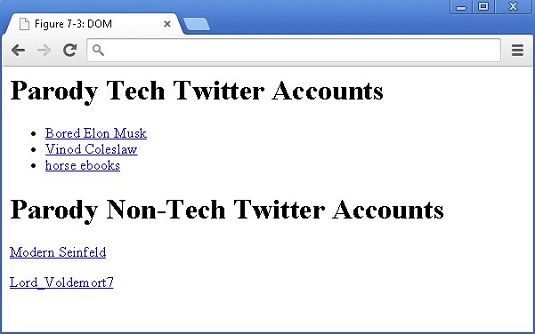 Here, each relationship is shown once. For example, in the code, an a element is inside each of three li elements, and this image shows this ul li a relationship once.

Bored Elon Musk is a parody of Elon Musk, the founder of PayPal, Tesla, and SpaceX. Vinod Coleslaw is a parody of Vinod Khosla, the Sun Microsystems cofounder and venture capitalist. Horse ebooks is a spambot that became an Internet phenomenon.

The HTML tree is called the DOM or document object model.

In the following example, the anchor tags that are immediate children of the paragraph tags are selected, and those hyperlinks are styled with a red font color and without any underline. The Parody Tech Twitter accounts are not styled because they are direct children of the list item tag. 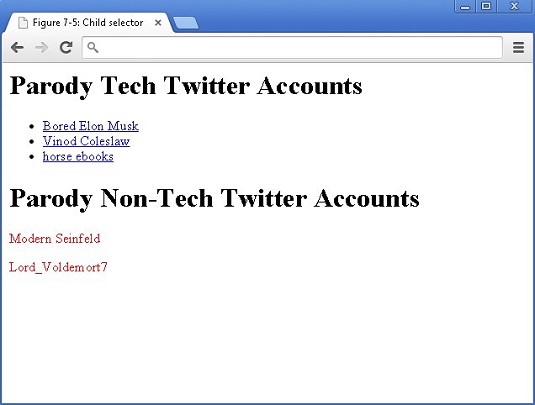 If you use just the a selector here, all the links on the page would be styled instead of just a selection.

In the following example, the anchor tags that are descendants of the unordered list are selected, and those hyperlinks are styled with a blue font color and are crossed out. The Parody Non-Tech Twitter accounts aren’t styled because they aren’t descendants of an unordered list. 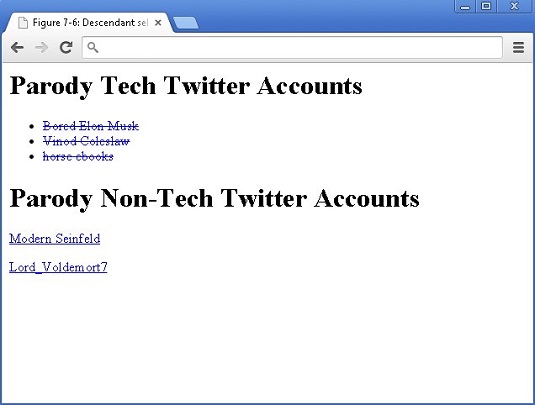