Managing z-index in Your Code

You can use a special CSS attribute called z-index to change this default behavior. The z-axis refers to how close an element appears to be to the viewer. This image demonstrates how this works. 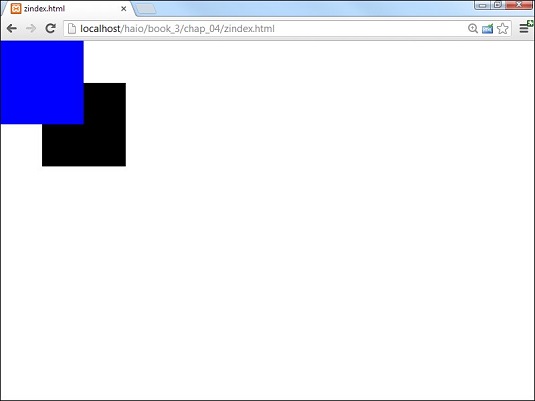 The z-index allows you to change which elements appear closer to the user.

The only change in this code is the addition of the z-index property. The higher a z-index value is, the closer that object appears to be to the user.

Here are a couple things to keep in mind when using z-index: