Native mobile apps can be faster, more reliable, and look more polished than mobile web apps. Built using Java for use on Android devices, and Objective-C or Swift for use on Apple devices (iOS), native mobile apps must be uploaded to an app store, which may require approvals. 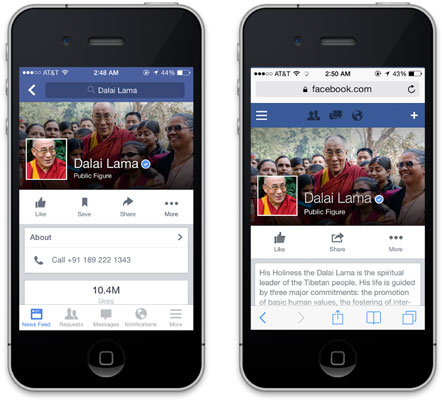 The main benefit of an app store is its centralized distribution, and the app may be featured in parts of the app store that can drive downloads. Also, since native mobile applications are programs that are installed on the mobile device, they can be used in more situations without an Internet connection. Finally, and most importantly, users appear to prefer native mobile apps to mobile web apps by a wide margin, one that continues to increase.

Native mobile apps can take advantage of features that run in the background while the app is minimized, such as push notifications, and communicate with other apps, and these features are not available when creating a mobile web app. Additionally, native mobile apps perform better when handling graphics-intensive applications, such as games.

To be clear, native mobile apps offer better performance and a greater number of features, but they require longer development times and are more expensive to build than mobile web apps.

There is an alternative way to build a native mobile app — a hybrid approach that involves building an app using HTML, CSS, and JavaScript, packaging that code using a “wrapper,” and then running the code inside a native mobile app container. The most popular “wrapper” is a product called PhoneGap, and it recognizes specific JavaScript commands that allow access to device-level functionality that’s normally inaccessible to mobile web applications.

After one version of the app is built, native mobile app containers can be launched for up to nine platforms including Apple, Android, Blackberry, and Windows Phone. The major advantage to using this hybrid approach is building your app once, and then releasing it to so many platforms simultaneously.