By: John Paul Mueller and Luca Massaron and
Updated: 03-06-2020
From The Book: Data Science Programming All-in-One For Dummies

Explore Book Buy On Amazon
Before you begin using Bayes’ Theorem to perform practical tasks, knowing a little about its history is helpful. The reason this knowledge is so useful is because Bayes’ Theorem doesn’t seem to be able to do everything it purports to do when you first see it, which is why many statisticians rejected it outright. 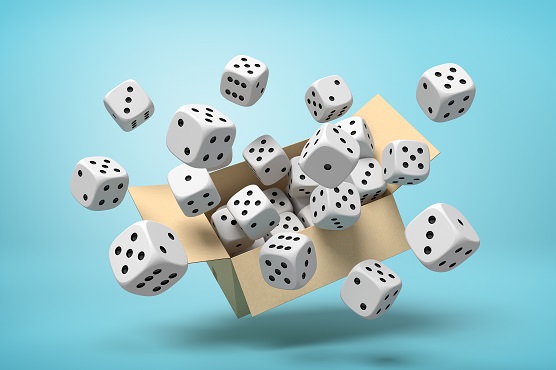 You might wonder why anyone would name an algorithm Naïve Bayes (yet you find this algorithm among the most effective machine learning algorithms in packages such as Scikit-learn). The naïve part comes from its formulation; it makes some extreme simplifications to standard probability calculations. The reference to Bayes in its name relates to the Reverend Bayes and his theorem on probability.

The Reverend Thomas Bayes (1701–1761) was an English statistician and a philosopher who formulated his theorem during the first half of the eighteenth century. Bayes’ Theorem is based on a thought experiment and then a demonstration using the simplest of means.

Reverend Bayes wanted to determine the probability of a future event based on the number of times it occurred in the past. It’s hard to contemplate how to accomplish this task with any accuracy.

The theorem was never published while Bayes was alive. His friend Richard Price found Bayes’ notes after his death in 1761 and published the material for Bayes, but no one seemed to read it at first. Bayes’ Theorem has deeply revolutionized the theory of probability by introducing the idea of conditional probability — that is, probability conditioned by evidence.

The critics saw problems with Bayes’ Theorem that you can summarize as follows:

Often, it takes a problem to illuminate the need for a previously defined solution, which is what happened with Bayes’ Theorem. By the late eighteenth century, the need to study astronomy and make sense of the observations made by the became essential. The readings made by these other civilizations not only reflected social and other biases but also were unreliable because of the differing methods of observation and the technology use.

You might wonder why the study of astronomy suddenly became essential, and the short answer is money. Navigation of the late eighteenth century relied heavily on accurate celestial observations, so anyone who could make the readings more accurate could reduce the time required to ship goods from one part of the world to another.

Pierre-Simon Laplace wanted to solve the problem, but he couldn’t just dive into the astronomy data without first having a means to dig through all that data to find out which was correct and which wasn’t. He encountered Richard Price, who told him about Bayes’ Theorem.

Other statisticians took notice and started using the theorem, often secretly, for a host of other calculations, such as the calculation of the masses of Jupiter and Saturn from a wide variety of observations by Alexis Bouvard.

When thinking about Bayes’ Theorem, it helps to start from the beginning — that is, probability itself. Probability tells you the likelihood of an event and is expressed in a numeric form.

The probability of an event is measured in the range from 0 to 1 (from 0 percent to 100 percent) and it’s empirically derived from counting the number of times a specific event happens with respect to all the events. You can calculate it from data!

When you observe events (for example, when a feature has a certain characteristic) and you want to estimate the probability associated with the event, you count the number of times the characteristic appears in the data and divide that figure by the total number of observations available. The result is a number ranging from 0 to 1, which expresses the probability.

When you estimate the probability of an event, you tend to believe that you can apply the probability in each situation. The term for this belief is a priori because it constitutes the first estimate of probability with regard to an event (the one that comes to mind first).

For example, if you estimate the probability of an unknown person's being a female, you might say, after some counting, that it’s 50 percent, which is the prior, or the first, probability that you will stick with.

The prior probability can change in the face of evidence, that is, something that can radically modify your expectations.

For example, the evidence of whether a person is male or female could be that the person’s hair is long or short. You can estimate having long hair as an event with 35 percent probability for the general population, but within the female population, it’s 60 percent. If the percentage is higher in the female population, contrary to the general probability (the prior for having long hair), that’s useful information for making a prediction.

Imagine that you have to guess whether a person is male or female and the evidence is that the person has long hair. This sounds like a predictive problem, and in the end, this situation is similar to predicting a categorical variable from data: We have a target variable with different categories and you have to guess the probability of each category based on evidence, the data. Reverend Bayes provided a useful formula:

The formula looks like statistical jargon and is a bit counterintuitive, so it needs to be explained in depth. Reading the formula using the previous example as input makes the meaning behind the formula quite a bit clearer:

Therefore, getting back to the previous example, even if being a female is a 50 percent probability, just knowing evidence like long hair takes it up to 85.7 percent, which is a more favorable chance for the guess. You can be more confident in guessing that the person with long hair is a female because you have a bit less than a 15 percent chance of being wrong.