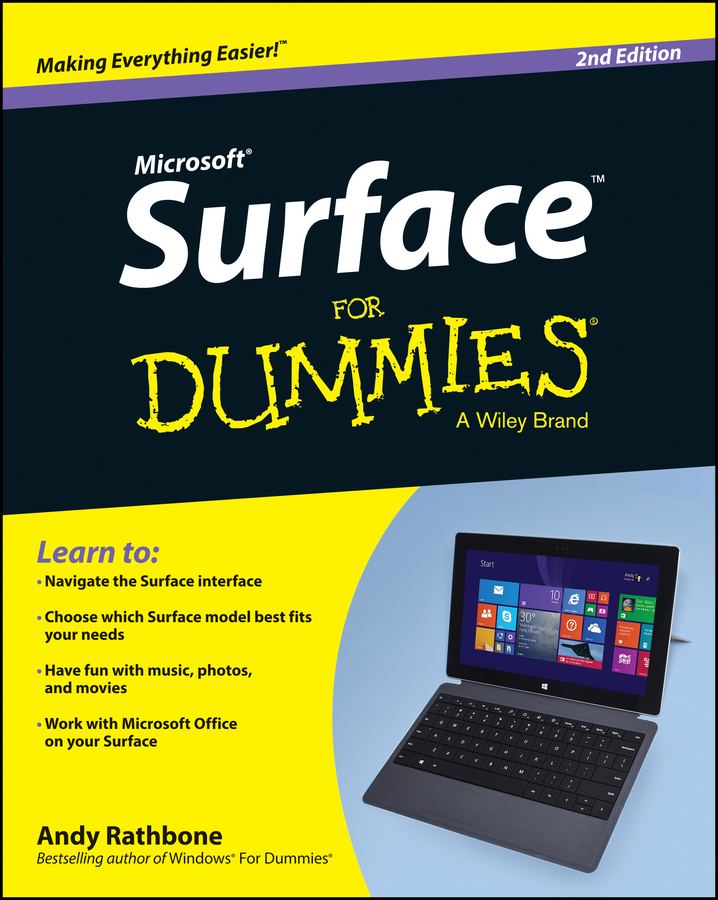 The most direct way to connect a Nexus 7 tablet to a computer is by using a wire — specifically, the wire nestled cozily in the heart of a USB cable. You can do lots of things after making the USB connection. It all starts with connecting the cable.

How to connect the Nexus 7 to your computer

The USB connection between the Nexus 7 and your computer works fastest when the devices are physically connected. You make this connection happen by using the USB cable that comes with the tablet. Like nearly every computer cable in the Third Dimension, the USB cable has two ends:

The connectors are shaped differently and cannot be plugged in either backward or upside down.

How to deal with the USB connection in Windows 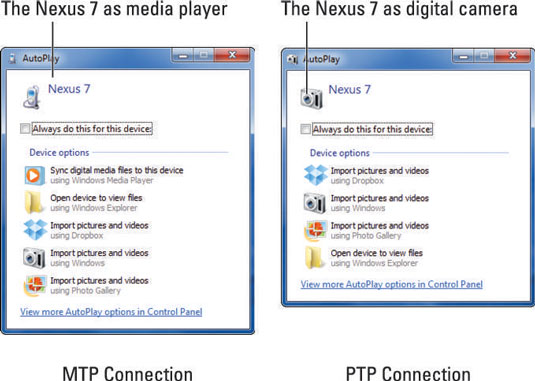 In Windows 8, things work differently. This prompt appears on the screen: Tap to Choose What Happens with This Device. Click or touch the prompt to view suggestions similar to those found in the AutoPlay dialog boxes.

Choose an option from the AutoPlay dialog box or just close the dialog box.

How to connect the Nexus 7 to a Mac

You need special software to goad your Nexus 7 and Macintosh into communicating; the Mac doesn’t natively recognize the tablet. Download the software from Android.com.

Install the software. Run it. From that point on, when you connect the Nexus 7 to the Macintosh, you see a special window appear, listing all folders and files found on the Nexus 7. Use the window for file management.

The Mac recognizes the Nexus 7 only if the tablet is configured as an MTP device.

How to configure the USB connection

Set the Nexus 7’s USB mode by following these steps:

How to disconnect the Nexus 7

The process is cinchy: When you’re done transferring files, music, or other media between your PC and the tablet, close all programs and folders you have opened on your computer — specifically, those you’ve used to work with the tablet’s storage. Then you can disconnect the USB cable. That’s it.