That original convention is still around today — so the standard is to depict the direction of electric current in diagrams with an arrow that points opposite the direction of actual electron flow. 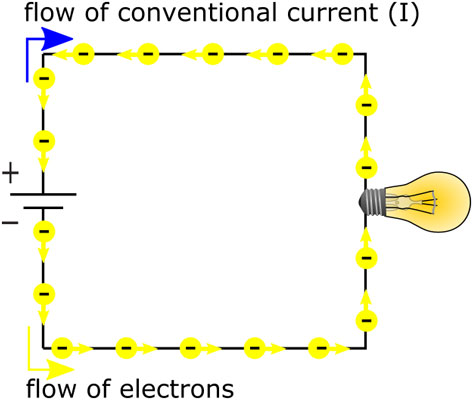 Conventional current flows one way; electrons flow the other way.

In AC circuits, current is constantly reversing direction. So how do you show current flow in a circuit diagram? Which way should the arrow point? The answer is that it doesn't matter. You arbitrarily choose a direction for the current flow (known as the reference direction), and you label that current I. The value of I fluctuates up and down as the current alternates. If the value of I is negative, that just means that the (conventional) current is flowing in the direction opposite to the way the arrow is pointing.