Explore Book Buy On Amazon
The figure shows a basic setup for using a single, 16-channel ShowTime PC controller to control up to 16 separate strands of lights. Although you can design the circuitry to control light shows from scratch, the easiest way to build a light show is to buy an inexpensive lighting controller. 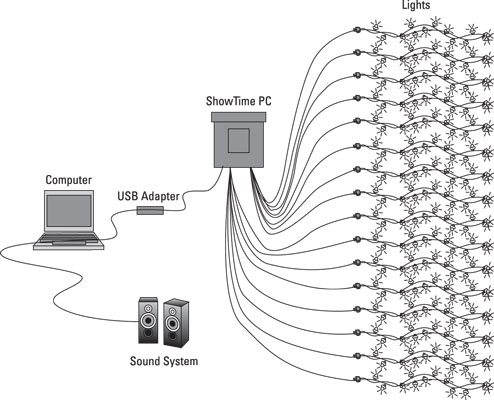 A basic setup for a 16-channel ShowTime PC Light-O-Rama controller.

The following paragraphs describe each of the elements in this setup: