10 Things You Shouldn’t Do with Your Drone

Although drones have been around for quite some time, the latest innovations in the technology have revolutionized how the world views unmanned, remotely piloted aerial vehicles. Popularity will drive this forward at increasing faster speeds and like all new technology that catapults itself into the mainstream, there needs to be a user manual for common sense.

Spying on your neighbor

Currently, there are no laws in place that say you can’t fly a drone in your own backyard. But even if it is in line of sight with your neighbor’s property, that doesn’t mean that you shouldn’t be considerate of your neighbors that may feel uncomfortable with being in camera shot of your drone.

Earlier this year, a video of a drone walking a golden retriever started circulating the Internet. In the video, the dog owner programmed a route for the drone to fly and then hooked his dog to the drone with a leash.

The video was somewhat fabricated but it brought up a great point: Should you use your drone to walk your dog? If you need to automate every aspect of dog ownership, you should probably reevaluate whether or not you should have a dog. That said, this is not a good idea!

Until drones get stronger and artificial intelligence gets a bit better and is integrated into flight controllers, walking your dog is a task that should be carried out in a much more analog manner.

Carry the ring down the aisle

However great of an idea it may seem, there are some inherent risks involved with having your drone carry the ring or, even worse, escort your bride down the aisle.

Flying a drone in a crowded area presents several risks, primarily centered around causing bodily harm to the audience. You can’t forget that drones are a combination of mechanical and computer components, all of which can fail for various and unforeseen reasons. A drone that is balanced improperly, or goes into an autopilot mode, or has some other malfunction, could crash into someone. Let your best man carry the rings.

Airspace around an airport is restricted and flying your drone in or within five miles of an airfield would not only be a #dronehead mistake, it would be illegal. While the resulting video and pictures could be absolutely amazing, the chance of a stiff gust of wind pushing your drone into a plane’s flightpath is all too real.

Flying under the influence

The only thing you should be doing if you’ve had a few too many cocktails is sitting at home and watching television. Along with keeping your car keys out of reach, you should tuck your drone safely away in its storage kit. Flying a drone requires fine-tuned senses, attention to details, and good judgment.

Fly over the fences at the White House

The area over Washington, D.C., is a strict no fly zone. Doing anything at the White House other than taking pictures from outside the perimeter fence, is likely to get you into a heap of trouble. Below is the U.S. code that clearly states (in legalese) that your drone is grounded in Washington D.C.

49 U.S. Code § 46307 – Violation of national defense airspace: A person that knowingly or willfully violates section 40103 (b)(3) of this title or a regulation prescribed or order issued under section 40103 (b)(3) shall be fined under title 18, imprisoned for not more than one year, or both.

So, when deciding if you should or shouldn’t fly a drone in or around the White House, don’t do it. It’s illegal, you will get busted, and it will be a black-eye on the emerging drone community. 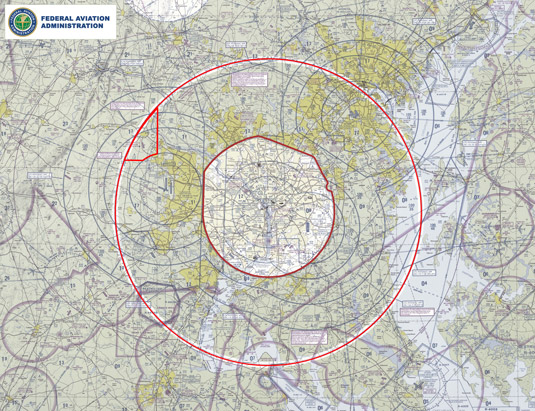 Checking extra batteries on a flight 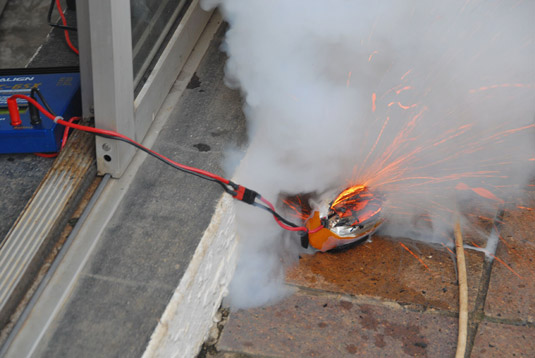 Shoot down a drone

Individuals have argued that drones flying over their property is an invasion of privacy and trespassing and therefore have the right to “defend their property from invasion.” The problem is that the airspace above your property isn’t technically your property. You can’t destroy someone else’s drone on grounds (ironic) of trespassing. In fact, you can’t destroy someone else’s property and not expect to be responsible for replacing it.

If you don’t want your neighbor flying a drone over your house, be a neighbor and talk to them about it. If the conversation is unproductive, file a complaint with the city.

There are a lot of public places where you will probably want to get some aerial footage. But flying over people presents a lot of risk to the people below. A gust of wind, a bad battery, an inexperienced pilot, falling objects, or any other unforeseen event could cause your drone to come crashing down to earth.

If you are flying recreationally, your best bet is to stay away from crowded areas. If you absolutely must fly where there are people, at least make sure that they know that you will be flying overhead so they can be wary of falling sky.

Make money with your drone

There are many ways you can use your drone to make money. However, until the FAA releases their rules and regulations (and Congress approves them), the options are actually limited to a few small industries.

For the time being, the FAA is only hearing appeals for commercial uses on a case-by-case basis. In the meantime, get updates on the status of the FAA rules and regulations.