How to Use Touch Gestures in Windows 10 for Precision Touchpads 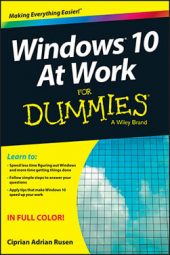 In Windows 10, Microsoft introduces new gestures for controlling the operating system with the help of precision touchpads. These touchpads are included on many modern laptops and Ultrabooks, and they’re especially useful when you don’t have a mouse at hand.

Look below for a summary of the gestures you can perform on a precision touchpad:

You can also put three fingers on the touchpad for multitasking gestures, which are useful when working with different apps at once. You can see several examples of how to use these gestures to multitask: